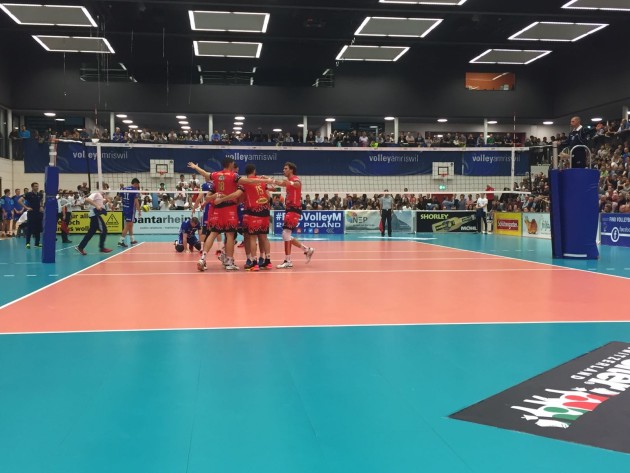 Hosts Amriswil (Sébastien Steigmeier 16 pts.) have proved to be a good team but after playing balanced first two sets against favorites from Italy, they succumbed to rival’s trio Ivan Zaytsev (17 pts.), Aleksandar Atanasijević (14 pts.), Marko Podraščanin (13 pts.) in the continuation of the game. Lorenzo Bernardi, who won his second consecutive match as Perugia coach, decided to rest Simone Buti and Aaron Russell.

On Sunday, November 20, Perugia will return the hospitality to Amriswil in the second leg and almost certainly book their ticket to pool stage of the Champions League.

Another clash of the teams from two countries separated by a border was in Austria where VfB Friedrichshafen downed hosts Tirol Innsbruck 3-1 with 18 points from Daniel Malescha.

3RD ROUND OF QUALIFICATIONS – 1ST LEG