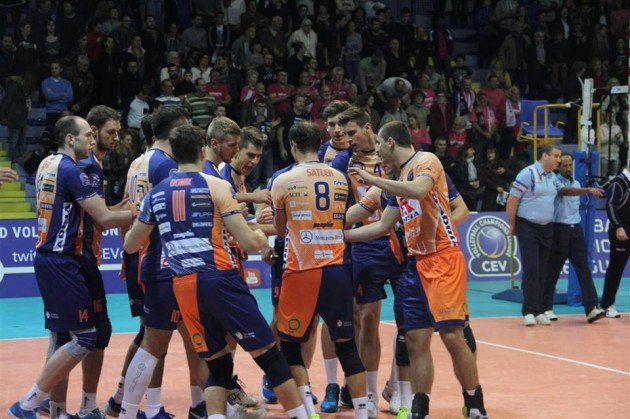 The team from France managed to win the game in four sets and to extend the duel to a golden set! But, Slovenian side saved the power for this important part of the game and won it 15-8 to advance to the Champions League.

Perugia, PGE Skra Belchatow and VFB Friedrichshafen have also confirmed the spots in group stage. Tirol have managed to take two sets in Germany, while PAOK have stolen a set from Polish powerhouse!

Liberec also made a huge comeback. The Czech team beat Tiikerit in straight sets and won the golden set 15-11.

You can’t play in Champions League with that serve! (VIDEO)