Halkbank Ankara are going through tough times this season. Their up and down play continued in Round 3 of the 2017 CEV Men’s Volleyball Champions League. 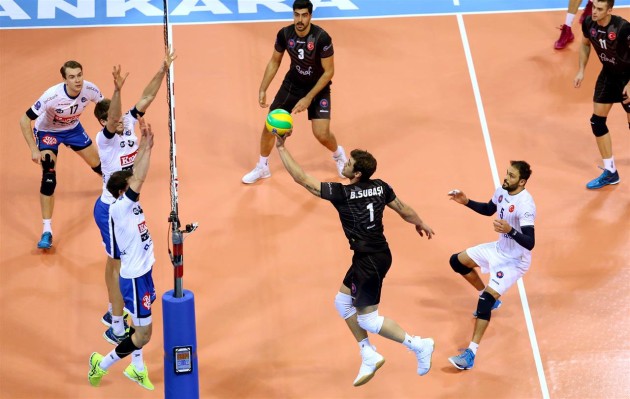 Turkish title holders suffered third straight defeat (one only one set) in the Champions League – Pool E, remaining one of five winless teams in the competition so far. What is worse, Halkbank have seriously jeopardized participation in the playoffs.

Belgian representatives Knack Roeselare showed Slobodan Kovač’s side they will have a lot more to improve in their play in the rest of the season both in the Champions League and Turkish Championship, where they occupy only the eighth place, the last place that leads to the playoffs – 3-1 (26-24, 25-19, 24-26, 25-23).

Belgian National Team duo Pieter Coolman and Matthijs Verhanneman led Roeselare to their first win in Pool E with 13 points each. On the other side, Serbian opposite Ivan Miljković had 16 points while Dutch Dick Kooy added 15.

CHALLENGE CUP M: Clumsy way to do a training – This guy was “attacked” by the net (VIDEO)