Italy achieved a confident win in Pool B opener of the 2017 CEV Women’s Volleyball European Championship. 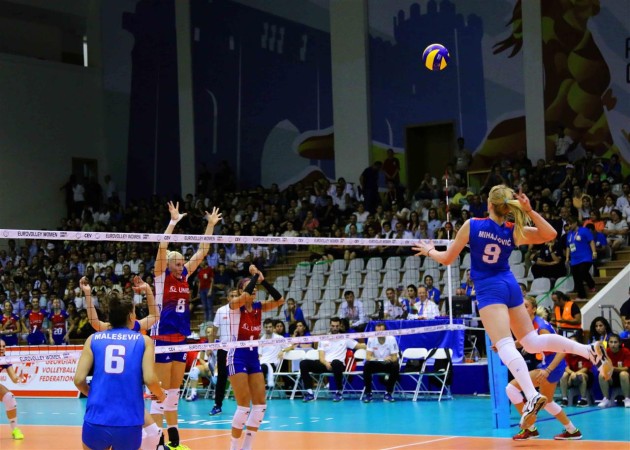 It rarely happens at some major volleyball tournament that one team does not make a single ace in the game but that’s exactly what happened to Georgia, today. Italy made 9 aces of which 6 were a handiwork of Raphaela Folie. There’s another interesting fact about this match. Georgia’s head coach Paata Ulumbelashvili used 12 of 13 players registered for the tournament! Only Maria Tsarenko did not play against Italy.

Paola Egonu scored 16 points for the “Azzurre”, while Ann Kalandadze notched 5 for Georgia.

In Pool D in Ganja, Azerbaijan, Serbia got themselves a straight-set triumph over the Czech Republic, having to sweat only in the third period when they managed to make a comeback after being 5 points down (16-11). The Czech’s head coach Zdeněk Pommer tried to compensate the lack of quality of his national team compared to Serbia’s by doing the same thing as the coach of Georgia – introducing nearly all players into play. To be precise, a 13 out of 14! Petra Kojdová was the only registered player for the match who did not spend a second in the field.