F4 in Kazan: Mikhailov – „We once again proved that we are a team“

Maksim Mikhailov, the Most Valuable Player of the 2018 CEV Champions League, admitted many things did not work in the play of Zenit Kazan in the final against Cucine Lube Civitanova but emphasized the win was the most important thing. 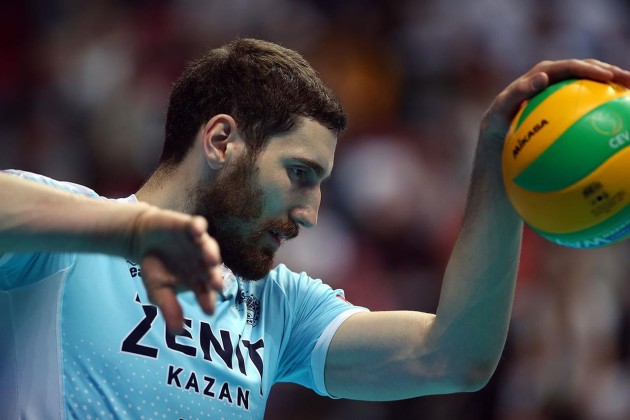 On several occasions during the 2018 CEV Champions League final against Lube, Zenit Kazan were on their knees. Eventually, they managed to defend the title in the tournament while Maksim Mikhailov earned the MVP award.

„Today, we once again proved that we are a team. We continued to believe in success even when we were losing. Yes, today many things didn’t work, but the main indicator is victory,“ Zenit opposite stated.

He commented on the fact that he will no longer play alongside Wilfredo León, who moved to Sir Safety Conad Perugia.

„León is the best player in the world – it’s a fact. There’s no player like him. It was a great time, but now he goes his own way, and Zenit its own. That’s life,“ he added.

The match for the bronze medal