The European Volleyball Confederation (CEV) informed all federations under its jurisdiction and fans in the Old Continent of the new CEV Champions League format, both for men’s and women’s competition, that will take place already next season! 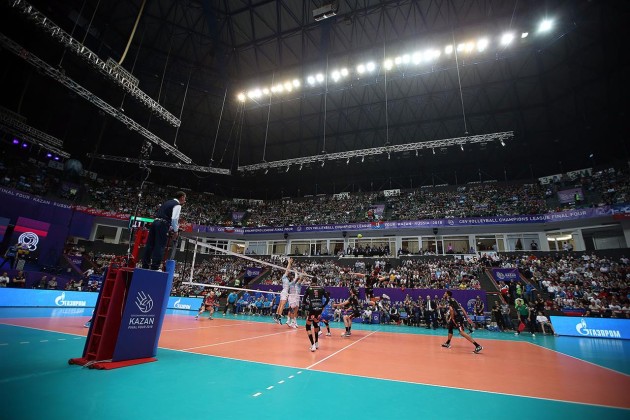 The CEV decided to conduct a reform of the 2019 CEV Champions League, both male and female, which was approved earlier this month. The following format changes will remain for the 2020 and 2021 Champions League as well.

The reform will reflect on the following format changes:

–         Only 2 teams will advance to the 4th Round (Group Stage) via qualifications (1st, 2nd, and 3rd Rounds) unlike previous seasons when 8 teams could secure their berth in the Group Stage in men’s and 4 teams in women’s competition (3rd Round winners). What remains the same, at least, when it comes to the men’s competition is the number of the teams that will take part in the Group Stage – 20. They will be divided into five pools of four each, competing in a double round robin. According to the declared previously – 18 teams will have an automatic berth while two will come from the qualifications. The teams who lose 1st, 2nd and 3rd Round fixtures will move to the 2019 CEV Cup. With 20 teams competing in the Group Stage, the women’s competition will level with men’s as it previously consisted of 16 teams.

–         Now, when it comes to these 18 teams that will start their journey straight from the Group Stage, they will be determined by the new Champions League Ranking. The Ranking will take into consideration the performances that all teams achieved in 2016, 2017 and 2018 editions of the CEV Champions League. As CEV emphasized, this will make sure that the best teams from the strongest national championships have their place in the Champions League. This will not exclude national champions as each one of them will be able to register and participate in the tournament.

–         Probably the most interesting change that will take effect in the 2019 CEV Champions League is the one regarding the knockout stage. There will be no Playoffs 12 and Playoffs 6 as well as Final Four! At the end of the Group Stage, 8 teams will advance to the quarterfinals and the winners will go to the semifinals. Both quarterfinals and semifinals will consist of home and away matches. The final will be a single match which will be played on a neutral ground. The CEV will soon officially open the bidding process for hosting the final match in 2019, 2020 and 2021. A sudden-death final will be held in two consecutive days. Women will play on Day 1 and men on Day 2.