One of the best setters ever in the world and current head coach of the national team of Serbia, Nikola Grbić, is the first confirmed guest star who will participate in the farewell match of Bulgarian Vladimir Nikolov. 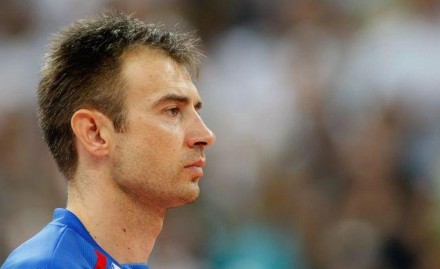 The Olympic champion from the 2000 Sydney Games with Yugoslavia’s National Team will return to the field for the first time after two years to honor his friend and former teammate.

Game that will mark end of professional career of Nikolov is named “My game” and will be held in “Arena Armeets” in Sofia, on May 8. Grbić will play in the “Team of Stars” which will confront Bulgaria’s National Team coached by Plamen Konstantinov.

Grbić and Nikolov are close friends and former teammates. They have played together in two Italian giants – Diatec Trentino and Bre Banca Lanutti Cuneo and became national champion in 2008 and 2010.

POL M: Winiarski – “Spirik is not a man as the media present him”