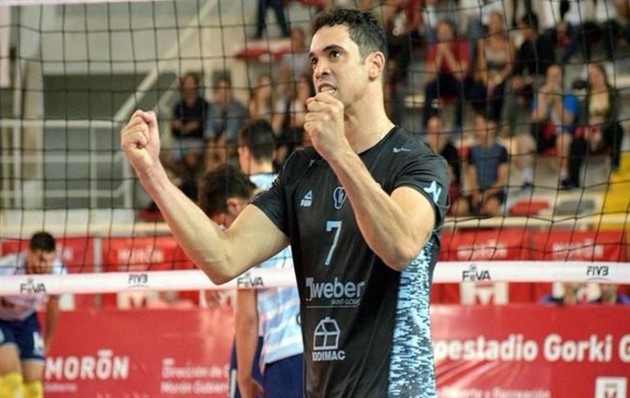 An experienced Brazilian opposite, a former national team member of his country, Théo Lopes, accepted a proposal of the Portuguese side SL Benfica.

A 34-year-payer brings in an enormous international experience to the Lisbon.

He was Brazilian Superliga champion with Cimed/Florianópolis in 2008/09, making his debut for the „Seleçao“ the same year. In the 2009/10, Théo helped Japanese side Suntory Sunbirds win Emperor’s Cup. That’s the year when he conquered the FIVB World League and the FIVB World Championship with Brazil.

In 2011 he was named Best Attacker in the FIVB World League and won the title in the South American Championship. In 2012/2013, Théo took a leading role in Brazilian Superliga championship title of RJX Rio de Janeiro.

Then, he went to Argentina to win three trophies for UPCN San Juan Vóley Club: in the championship, Copa Master, and ACLAV Cup. He returned to his country to defend the colors of Sesi-SP during the next three seasons before returning to Argentina to play for Bolívar Vóley in the 2017/18.