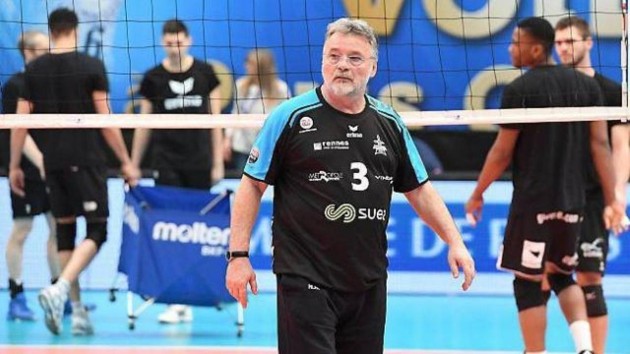 A 65-year-old Serbian expert Nikola Matijašević was appointed FYRO Macedonia head coach with a goal to take them to the 2019 CEV European Championship. This means that Macedonian federation parted ways with Ljubomir Travica who led them in the 2018 CEV European Silver League.

Matijašević built his coaching career mostly in France as he spent a total of 13 years as a coach there.

He was at the helm of Beauvais Oise UC from 2001 to 2006. During this period, they passed the way from Division 3 to the top flight.

After that, Matijašević took over Tunisian side Espérance sportive de Tunis in 2007/08 and won the national championship and national Super cup.

He spent the next season in Latvian SK Cēsis before returning to France.

Matijašević led Chaumont Volley-Ball 52 Haute Marne from 2009/2014 and helped them get the promotion to Ligue A in 2013. Finally, he was appointed Rennes Volley 35 coach in 2014 and is currently at their helm. Matijašević’s best success with this club was the first place in the Ligue A regular season in 2015/16 and silver medal in the league and national cup the same season.

When it comes to national teams, before Macedonia, he was the head coach of Bosnia and Herzegovina and Montenegro.

POL M: Trefl bring back their former player Hebda who comes after a season in SuperLega