Slovenian federation threatens to sue FIVB in front of Court of Arbitration for Sport!

Although no one from the International Volleyball Federation (FIVB) still did not confirm introducing a new format of the World League and World Grand Prix for 2018, all relevant media in the world already reported it will change for sure. One of national federations that will be damaged the most by this decision, a Slovenian, decided to take appropriates steps to prevent this. 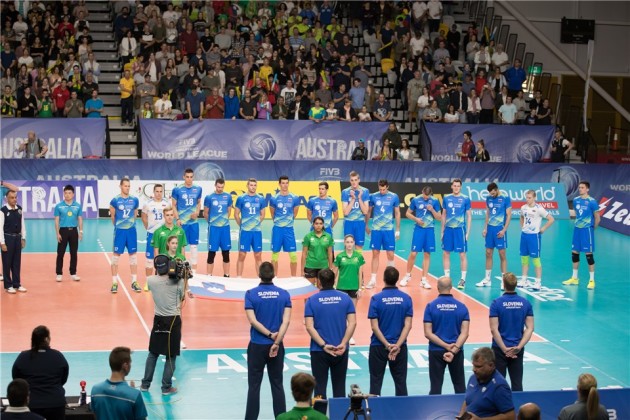 As it was published on the official website of the Slovenian Volleyball Federation, they will fight for their rights in the best possible way, even in front of the court, as their Men’s national team has been deprived of participating in the World League’s Group 1 next year, which was the right they earned by winning Group 2 tournament this year. According to the old regulations, Slovenia would qualify to Group 1, but…

“On Friday, July 14, 2017, the President of the Volleyball Federation of Slovenia (OZS) Metod Ropret, and the legal representative of the OZS, attended a meeting with the President of the International Volleyball Federation (FIVB) Ary Graça, in which facts about the future format of the competition (World League and World Grand Prix) were presented to them. Speculations that FIVB will replace current competition with the commercial one proved true. The new competition will have 16 teams and there is no Slovenian National Team among them. It is a competition based primarily on commercial factors, defined by the size of the market and not by sports results. The OZS delegation expressed its opposition to the way in which the new competition was set up, as well as to its system. In the next days, the OZS will forward the FIVB its legal and business views, which will serve as a basis for further discussions. In order to protect its interests, but as an extreme measure, the OZS will file an appeal against the FIVB before the Court of Arbitration for Sport (CAS) in Lausanne (Switzerland),” Slovenian VF published.

Recall what will new World League and World Grand Prix format look like, noting that Italian Men’s NT benefited the most from it as they finished last in World League – Group 1 rankings and should not have the right to compete in the elite division in 2018 by the old rules. Some media, especially in Poland, speculate the whole idea of making new World League format was driven by Italian officials working in the FIVB to save the “Azzurri” in the elite.