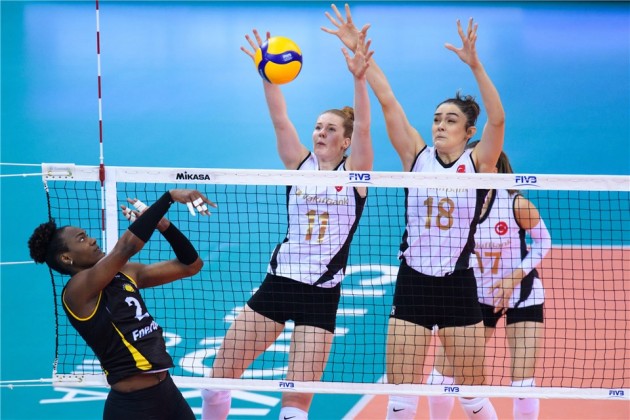 The titleholders VakıfBank had a successful premiere at the Club World Championship. Turkish champions beat Brazilian runners-up Praia in straight sets: 3-0 (27-25, 25-20, 25-20). The first set was very competitive and turned out to be crucial. Praia were trailing for the most part of it, managed to almost completely turn it around at the end, but eventually succumbed on a two-point difference despite as many as 11 points of Brayelin Martínez! The Dominican finished the match with 22 points, which was the same output of the Swede Isabelle Haak on the other side of the net.

Imoco Volley Conegliano crowned their debut in the Club World Championship with the four-set victory over Turkish side Eczacıbaşı VitrA Istanbul in Pool A: 3-1 (25-20, 25-22, 22-25, 25-21). The Italian titleholders and also European vice-champions out-blocked rivals in the tournament premiere (13-5) and had Paola Egounu (29 points) and Dutch Robin de Kruijf (5 kill blocks) as their highlights. With 17 points, Korean Kim Yeon-Koung led the group of four players in double digits in Eczacıbaşı.