Sada Cruzeiro Vôlei dominated over Zenit Kazan in one of the biggest classics of the world volleyball valid for the first round of the 2019 FIVB Men’s Volleyball Club World Championship in Betim, Brazil. 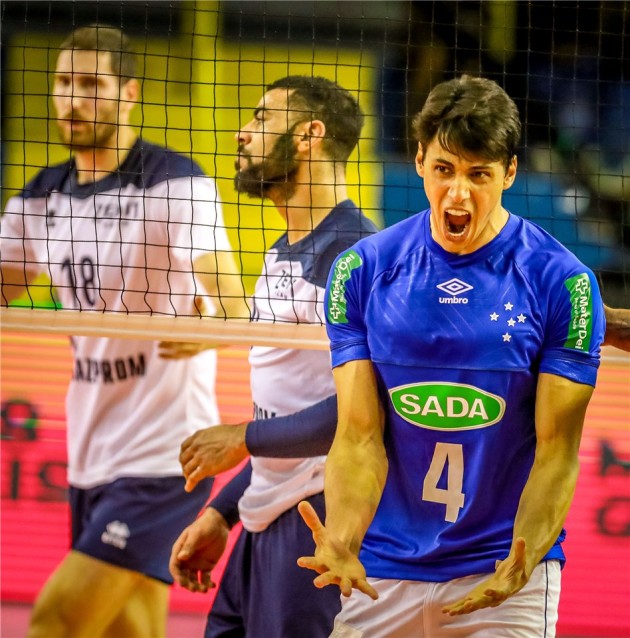 Tournament hosts and three-time champions Cruzeiro, pushed by more 3,000 fiery fans in the Ginásio Poliesportivo Divino Ferreira Braga, blew away Russian powerhouse Zenit in the rematch of the 2015 and 2016 finals: 3-0 (25-20, 25-20, 25-22). The South American Championship titleholders were led on the court by the opposite hitter Evandro Guerra who tallied 16 points. As for runners-up of the Russian league, freshly-converted outside hitter Maksim Mikhaylov scored 12 points.

In the other match of Day 1, that actually opened the tournament, European and Italian champions Cucine Lube Civitanova recorded an even easier win against Asian Championship winners Al-Rayyan Sports Club titleholders but that was kind of expected. Luxembourgish Kamil Rykhlicki top-scored for Lube with 13 points, while Portuguese Marco Ferrerira put down 9 points for the team from Qatar.