This will be awesome Finals of the FIVB World League 2017! 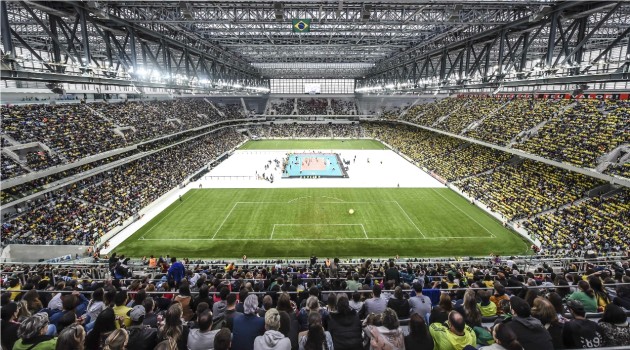 This is the second time that a major FIVB tournament will be played in a football stadium following the immense success of the opening match of the 2014 FIVB Volleyball Men’s World Championship in Poland, which was played at the National Stadium in Warsaw. The match was attended by 63,000 fans, a record for the volleyball World Championship.

Group 1 Finals will take place from July 4 to 8 and will comprise the top six teams from the tournament including hosts Brazil. The Finals will be the culmination of six weeks of competition among 36 teams under the new format of the World League.

The year’s World League will adopt the same format as in 2016, when a record 36 teams participated in the competition. The 36 teams have been split into three groups of 12 teams and will play the Preliminary Round in a pool format over three weeks, before the best teams gather for the Finals in each group.

RUS M: Zenit Kazan had to play with their reserve-team libero!

New format of the Volleyball Nations League has...

Some of the emotional moments from the Tokyo...

This is how Jeff Jendryk treats rivals...