VNL W: The second wins for China, The Netherlands and Russia, Brazil scored the first 3 points

Some matches of the second round of the Volleyball Nations League has been played and Russia, The Netherlands and China scored their new wins while Brazil celebrated the first victory in the new FIVB's competition. 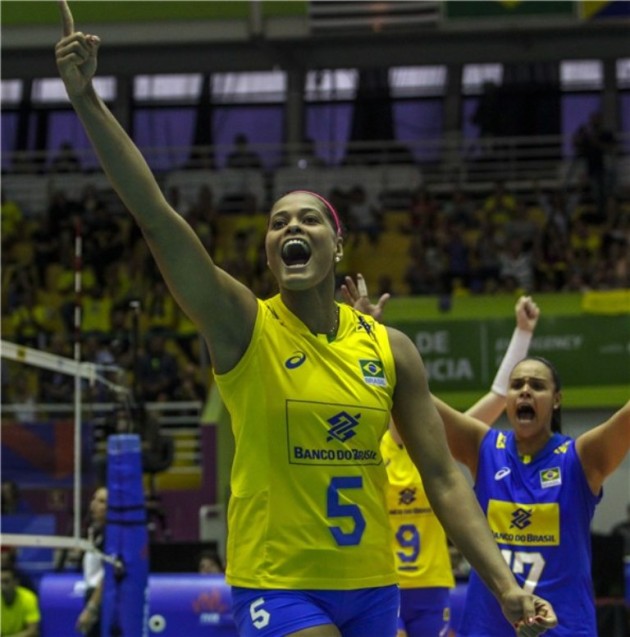 Anne Buijs was the star of the show for The Netherlands as they recovered from a set down to see off Argentina 3-1 (22-25, 25-19, 25-8, 25-18) and make it two wins from two in Pool 1. Buijs finished the match with 16 points and Celeste Plak with 13 points while Anahi Florenca Tosi scored 11 and Elina Rodriguez 8 points for Argentina.

China too strong for Belgium

Olympic champions needed only three sets to defeat Belgium (25-14, 25-20, 25-13) on the second day of the inaugural women’s FIVB Volleyball Nations League. Xinyue Yuan was the top scorer of the match with 13 points while Yingying Li scored 9 points. On the Belgian side, Kaja Grobelna scored 13 points while the energetic Britt Herbots scored 6 points.

The first win for Brazil

Brazil scored their first win at the competition and in front of the home crowd. In the second round, they have defeated Japan with 3-1 (22-25, 25-18, 25-23, 25-11) and Tandara Caixeta was the leader of the match. She scored 25 points while Adenizia Da Silva scored 15 points but 9 blocks! On the Asian side, Sarina Koga scored 15 points.

Captain Kseniia Ilchenko Parubets produced another sensational performance to help Russia to score the second win at VNL, this time against Thailand with3-1 (25-23, 13-25, 25-18, 30-28). Parubets scored 24 points while Natalia Malykh 18 points. On the other side, Pimpichaya Kokram 17 points and Hattaya Bamrungsuk 13 points.