In a duel of the two unbeaten teams, Poland defeated France in the 2018 FIVB Men’s Volleyball Nations League - Week 2. 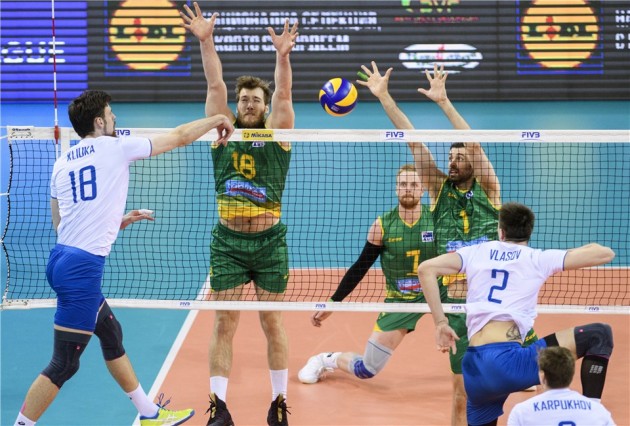 Serbia scored a thrilling win over pool hosts Bulgaria for a 2-2 record in the Nations League, 3-2 (25-17, 23-25, 23-25, 25-21, 16-14). The tie-break at the Arena Armeec in Sofia was highly intense as Bulgaria had 10-5 but still managed to lose it. Serbia came to 11-10 before Valentin Bratoev gave his team two match balls. Serbia rejected both and reached their first match ball at 15-14 which was converted by Petar Krsmanović who served an ace! Dražen Luburić notched 20 points for the winning side while Srećko Lisinac recorded 5 kill blocks. Todor Skrimov scored 20 points for Bulgaria. Svetoslav Gotsev made 5 kill blocks.

The United States pulled off another recovery from 0-2 to 3-2 to keep the perfect record in the Nations League. First, they did it against Argentina on Day 1 and now against Japan in Pool 6 opener in Goiânia, Brazil – 23-25, 13-25, 25-18, 25-20, 15-10.  The U.S. squad made as much as 14 errors in the first set and 11 more in the second set! No wonder they trailed by a 2-0, But, in the rest of the match, they made only 4 errors hence the turnaround in which Benjamin Patch was involved with 15 points and Jeffrey Jendryk II with 6 kill blocks. The returnees to the United States roster after Week 1, Matthew Anderson, Micah Christenson, and Aaron Russell, took their place in the lineup. Yuji Nishida scored 16 points for Japan.

Brazil swept South Korea in straight sets with 12 points apiece from Isac Santos and Éder Carbonera and with prospect outside hitter Leonardo Nascimento „Leozinho“, who was summoned only for the training before the Nations League, as a starter. 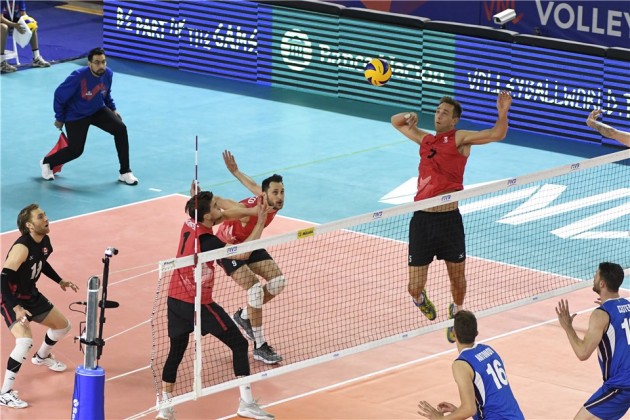 Canada stunned Italy in San Juan, Argentina, inflicting the first defeat to the „Azzurri“ in the tournament, 3-1 (22-25, 27-25, 25-23, 25-16). Despite playing with the same composition as in Week 1 which they finished with a perfect record, Italy was unrecognizable against Canada. Actually, the only change in the lineup compared to Week 1, when it comes to Italy, was Oleg Antonov who replaced Luigi Randazzo as an outside hitter. But even he was replaced in the third set as well as setter Simone Giannelli in the fourth. It was in vain as Canada established the dominance against the rivals, with whom they had a huge negative record in mutual encounters before San Juan match (2-15!), from the second set. Graham Vigrass was the best scorer for the North American side with 17 points while Stephen Maar added 4 kill blocks. In Italy, Ivan Zaytsev made 17 points.

Iran reached a 2-2 record in the tournament by downing pool hosts Argentina in a stimulating five-setter. The match could have finished with Iran’s win in four sets but the Asian side was unable to get rid of their usual line of conduct in international matches which is arguing with the referees. Iranian captain Saeid Marouf was especially displeased with the refs in the finish of the fourth set, bringing nervousness in his squad which resulted in losing the set. Milad Ebadipour top-scored for Iran with 17 points. Facundo Conte tallied 19 for Argentina. 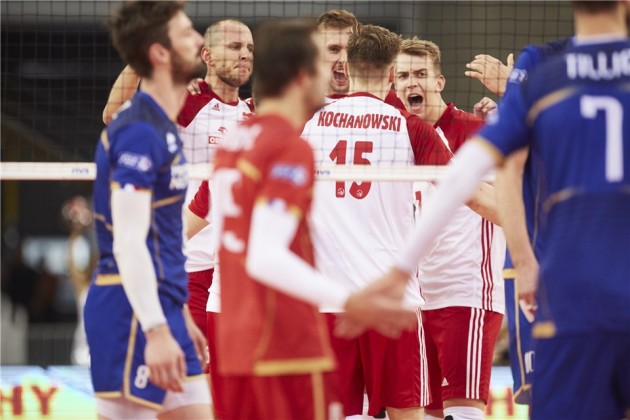 There is one less undefeated side in the inaugural edition of the 2018 FIVB Men’s Volleyball Nations League as Poland, who got the right to host two straight weeks of the tournament, swept weakened France on Day 1 in Pool 8, in Łódź. Poland won in straight sets but only after making a huge comeback in the second set from 4-10. At 12-16, the hosts made a 10-1 run (!) before winning the set. Partially, it was 25-19, 25-20, 25-22. Jakub Kochanowski top-scored for Poland with 11 points while Stéphen Boyer delivered 13 points for the „Team Yavbou“ who came to Week 2 without 4 major players.