The Week 4 of the FIVB 2018 Volleyball Nations League for Women has been started and USA continued with their series of victories. 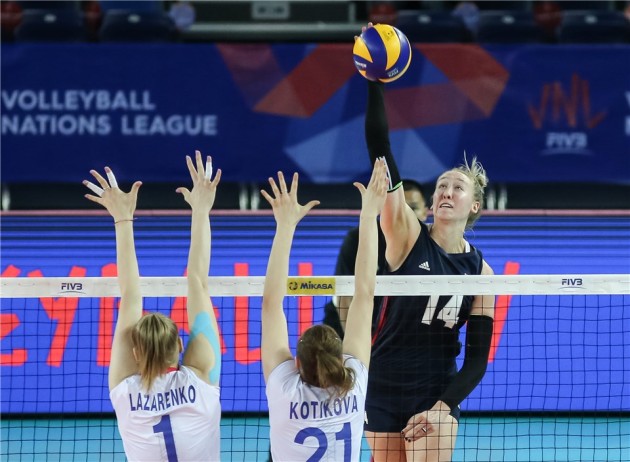 In the opening match of the Week 4 in Pool 14 in China, USA outplayed Russia in straight sets and continued with the good play in VNL. They scored the 8th consecutive victory thanks to team leader Michelle Bartsch-Hackley who scored 16 points.

The differences between these two teams we saw in the middle of the first set when USA made 10-1 series to finish set 25-14. TeTori Dixon scored an ace point.  After that everything was clear. Andrea Drews scored 9 points for USA while the captain of Russia Kseniia Parubets (12) and bomber Irina Voronkova (10) were the best in the Russia side. This was Russians fourth defeat in VNL. 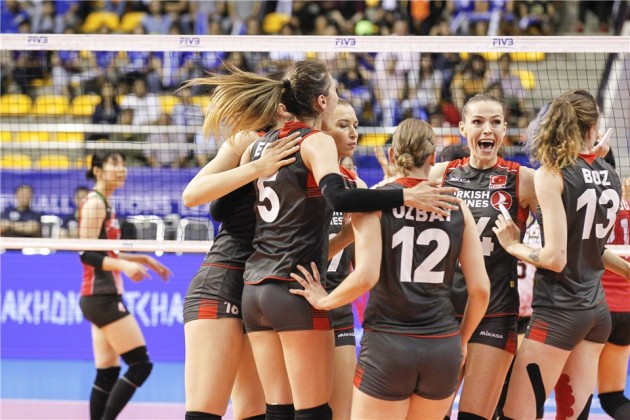 After many ups and downs in the second and third sets, a team of coach Guidetti celebrated the 7th win in VNL. The good news is that they opened the week in Thailand with a victory after they suffered the last two defeats in Kraljevo.

On the other side, Japan continued to play “one win, one loss” although they have very much frustrated their opponents.

Meryem Boz inspired Turkey to a crucial victory and she was well supported by middle blockers Zehra Gunes and Eda Erdem Dundar, while Japan was led by Ai Kurogo.

After the match, the Turkish captain Eda Erdem said: “We knew it was going to be a tough match today because Asian volleyball is really different from what we play in Europe. They had many variations, were very good in defense, and they served very well. But in the fourth set, we entered the game more focused. We served well and had good blocking and floor defense. We are happy with this victory but we have to keep going. We have to play much better than today because tomorrow and the day after, we still have two very important games. We have to win because we want to be in Nanjing, China for the finals.” 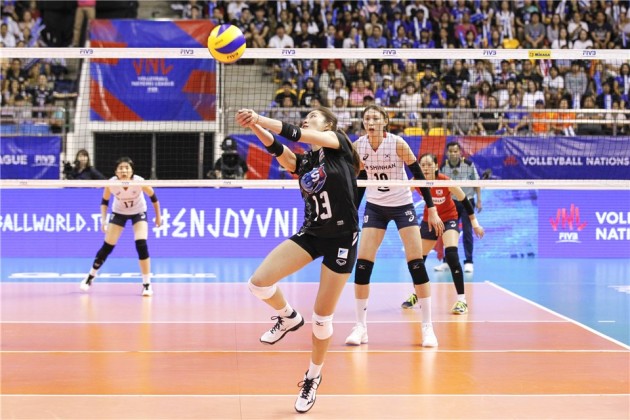 After four defeats, Korea finally scored the new victory. In Nakhon Ratchasima, Korea defeated the host team of Thailand mostly thanks to a high block and celebrated their 5th win in VNL. The last two sets were uncertain until the end, but captain Kim Yeon-Koung and Hyo-Jin Yang led the team to victory.

Yang was the top scorer of the match with 21 points (7 blocks!) while Kim scored 20 points on the other side Ajcharaporn Kongyot finished match with 18 points while Onuma Sittirak with 16 points.

“We played good in the first two sets but in the third set we committed too many errors. It was a tough game. Thailand’s combination plays and defense were really good. But as a team, we know each other really well so I’m just glad we won today” said Kim.

On the other side, Thailand setter Nootsara Tomkom said: “Today Korea played so well on their offense, especially their key player Kim Yeon Koung who did a very good job on her attacks. She scored many points for the team. We didn’t have a good start in the first set, so it was difficult to play against them. In the following three sets, we tried to adjust and fought very hard to come back which made the game more fun, but what a  pity we couldn’t win in the fourth set.” 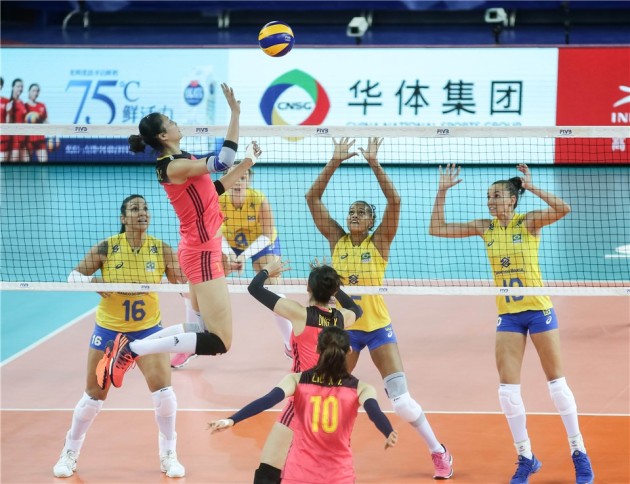 Tandara Alves Caixeta once again led her team to a victory with 19 points helped by Adenizia Da Silvawho put 7 blocks during the five sets. Young Yingying Li entered the game in the second set and brought “fresh blood” to Chinese team and until the end of the match scored 12 points. 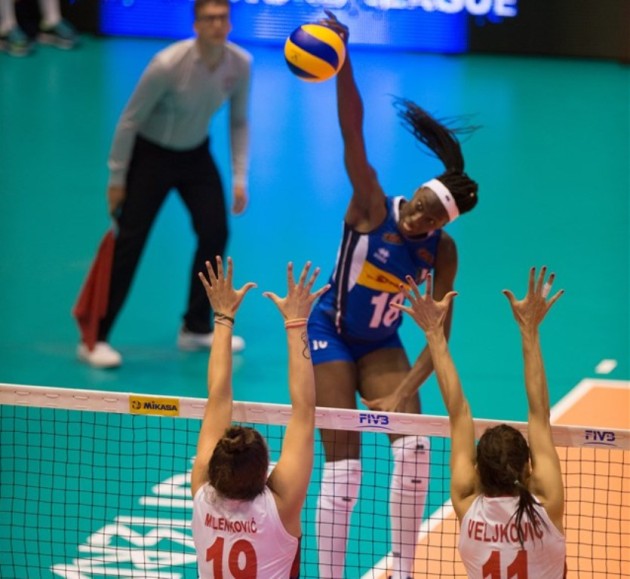 Italy scored their third consecutive victory in VNL and this time a big one against Serbia. The match was full of ups and downs but the teams were equal. In the end, the winner was the team who made fewer mistakes, and that were Italy.

Paola Egonu upset European champions with 28 points while on the other side, Tijana Bošković finished the match with 26 points. On both sides, the second-best scorers had 14 points, Elena Pietrini and Milena Rašić (6 blocks).

With eight victories to a single loss, Serbia headed into week 4 as the firm favorites while Italy were looking to turn things around, having won just four of their last nine games. The Serbs have also won four of their last five major world level encounters with Italy, including their last two: 3-0 at the 2016 Olympic Games and 3-1 at the 2017 World Grand Prix. 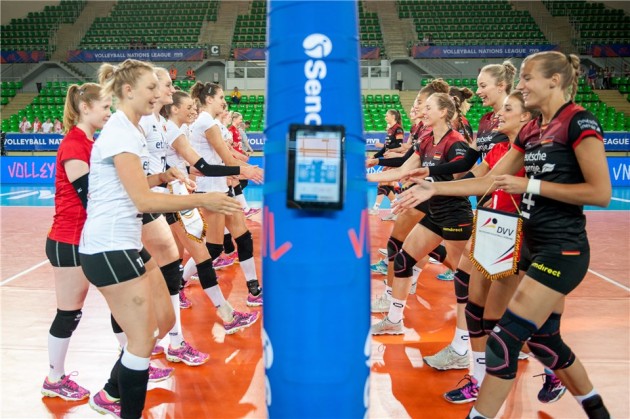 Germany scored the third victory in a row and today as usual thanks to Louisa Lippmann who was the top scorer of the match with 28 points. She led her team supported by Maren Brinker Fromm (14) against Belgium who suffered the seventh consecutive defeat in VNL.

Young and perspective Britt Herbots was the main scorer of the Yellow Tigers but that wasn’t enough. The team of coach Felix Koslowski was very motivated and after this opening match in Week 4, they have 11 points from four wins. 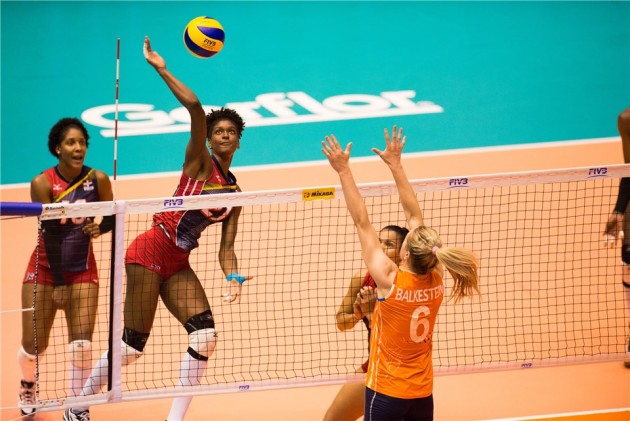 Dutch girls as it was expected scored a victory in the straight sets over the Dominican Republic. They celebrated the 8th win in VNL and remain at the fourth position. Lonneke Slöetjes led the hosts with 18 points while Martinez finished the match with 19 points. Yvon Belien and Celeste Plak backed up Slöetjes with 10 total points each.

The Dominicans now have two wins and eight defeats even with Brayelin Elizabeth Martinez, the fourth-best scorer in the VNL on 173 points. The Netherlands have won eight of the nine previous encounters with the Caribbean side – their last defeat as far back as 44 years ago, at the 1974 FIVB World Championship, when the two sides met for the first time. 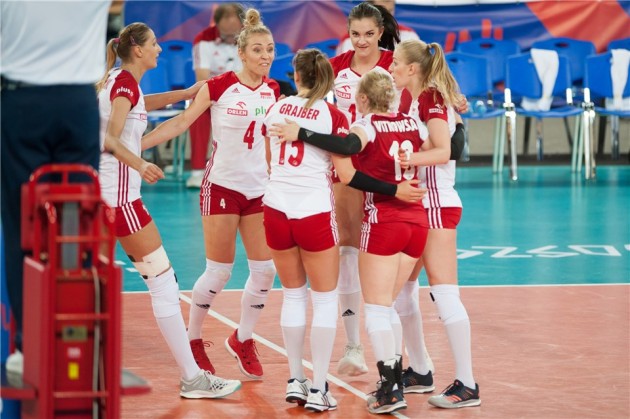 Poland opened the Week 4 with a straight-set victory over Argentina and now they are on the 10th place in the standings. Once again Malwina Smarzek was the best scorer of the match with 20 points and she also remains on the top of the best scorers in VNL with 234 points in 10 matches.

GOLDEN EL W: Bulgaria and Azerbaijan will fight for the last spot on F4