The last day of Week 4 Was started and we already had one of the most interesting matches. Brazil defeated Russia after incredible five sets! 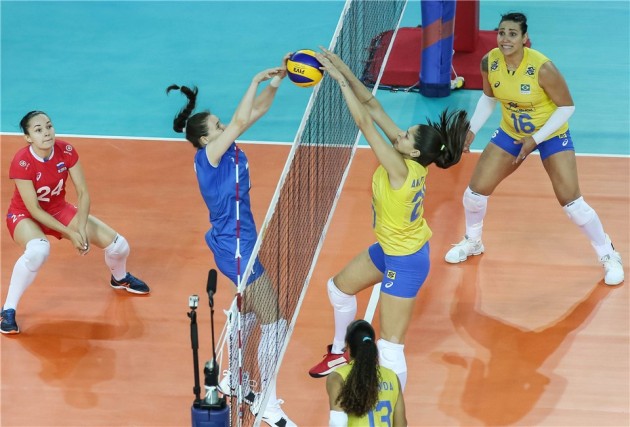 In the match full of ups and downs, Brazil at the end finished as the winners. This was their 10th victory in VNL but very important after defeat day before from USA. On the other side, Russia closed the Week 4 with three defeats and now they are on the eighth place.

Today, Russian girls opened match very calm but also very motivated. They finished the first set with an ace of Lyubushkina for 25-15 which little but surprised Brazil.

In the second set team of Ze Roberto entered very furiously with 6-0, Tandara dominated and her point closed this set 25-21 for 1-1.

The good play of Brazil continued in the next set which “Yellow Green” won with 25-20 but in the fourth set Russian responded strongly and tie the game. The fifth set was uncertain until the end but at the crucial moments, Brazil was more successful.

Tandara Caixeta was the top scorer of the match with 30 points followed by Bia (17) and Adenizia (15) who together scored 15 blocks (Bia 6, Ade 9). On the Russian side, Natalia Malykh finished with 17 points while Ekaterina Efimova with 15 points.

Compared to the previous week, this time Turkey recorded all three victories. Today Zehra Gunes and Meliha Ismailoglu led Turkey with 12 points while Kim Yeon-Koung was the best in Korea with 14 points.

After today’s match, Turkey have 9-3 and 28 points same as Brazil who have one victory more that team coach Giovanni Guidetti. On the other side, Korea lost in straight sets for the second straight match to now be a shaky 5-7.

In phase five action next week, Turkey plays the Netherlands, Germany and China in Stuttgart, while Korea travels to Santa Fe where they will be pitted against hosts Argentina, USA and Serbia.

Heda coach of Turkey, Guidetti said: “We knew before the match that it was going to be a very tough game. Korea, with Kim Yeon Koung, are always a very strong team. I’m very happy that my players were ready for our opponents. They played with a lot of courage even from the first point. We were able to recover from our lapses yesterday, and I’m happy about this reaction from my players. I’m happy about these three victories. It’s more than what we expected because we were up against three very dangerous teams. I would also like to thank my players coming off the bench. Every time I made substitutions, they would just bring great efforts.”

Another great match was played in Thailand. Japan defeated the hosts after more than two hours of the game. Thai team led 2-0 in sets when Japanese girls equalized. When everybody thought that drama is finished, the real began. The tie-break was very long and teams changed in the lead after each point. In the end, Japan celebrated their sixth win while Thailand closed the second week in a row without a win.

Onuma Sittirak scored 22 points for Thailand followed by Ajcharaporn Kongyot while Ai Kurogo was the best scorer of the match and also of the winning team with 29 points while Yuki Ishii scored 17 points.

Japan won the 16th match against Thailand since 2009 while the opponents until now scored only 6 wins. 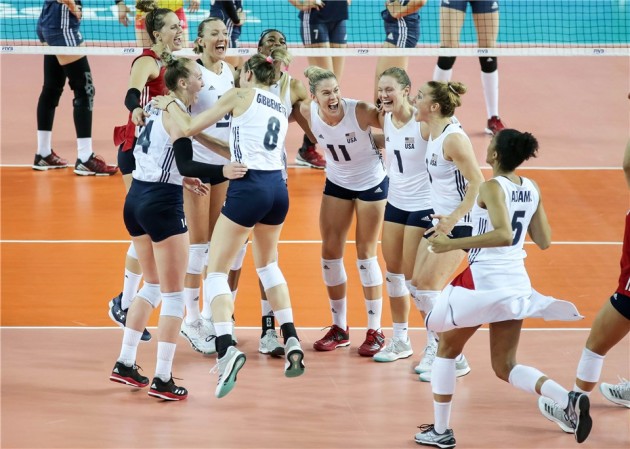 USA continued with great plays and today they defeated another big opponent, a team of China. The match was finished after only three sets and they once again showed that they are more than ready for this summer.

Michelle Bartsch was the top scorer with 18 points while Zhu Ting added 14 points.

The Americans finished their trip to Jiangmen 3-0 – and 11-1 overall – and they’ll take some beating from now on in, as they head to Santa Fe, Argentina, for the next round of matches, against Serbia, South Korea and the host nation.

With five consecutive wins Italy still have a chance to qualify to the Final Round of the FIVB 2018 Volleyball Nations League.

Today, Italian girls defeated the Dominican Republic and closed Week 4 with all three wins. They came into the match full of confidence and they got the job done effortlessly whilst showing flashes of the brilliance that took them past the Dutch, as they picked up three vital points that lift them up to sixth in the standings. The Dominican Republic, however, were utterly outclassed and lost for the fifth VNL match in succession and the 19th time in 23 meetings with Italy.

This time captain Cristina Chirichella dominated with 16 points (including 6 blocks) followed by Elena Pietrini who finished the match with 15 points. Brayelin Martinez was the only Dominican player with the double digits (13 points) while Yonkaira Peña Isabel scored 8 points.

In the early morning tomorrow, Italy will leave the Netherlands and will move to Eboli, where Serena Ortolani and Alice Carlotta Degradi will wait for them. Miriam Sylla and Anastasia Guerra, who stop due to problems in their knees, will leave the blue gathering and begin rehabilitative therapies.

With the new victory, Germany jumped on the 11th place and escaped the bottom part of the standings. Today, expectedly they defeated Argentina who will for sure play in the Challenge Cup.

Hanna Orthmann, a 19-year-old German player who came in as a sub during the first set was the top scorer of the match with 12 points while her teammate Louisa Lippmann and the best scorer of the Argentinean team Sol Ayelen Piccolo scored 10 points each. 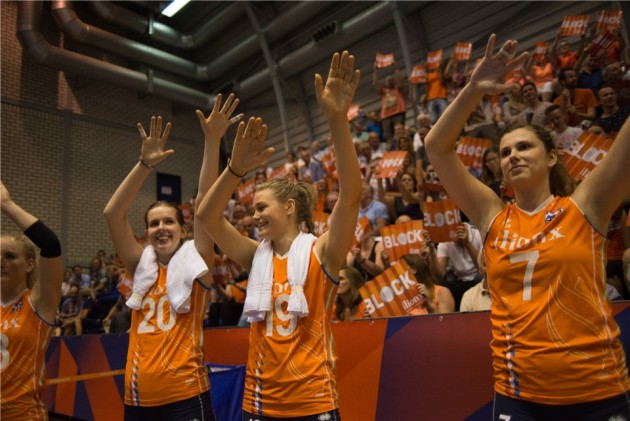 After a perfect play in the first two sets and part of the third, Serbia came to the position to fight for the victory in the tie-break which at the end belonged to the host team.

Serbia really played on the high level these sets but when the Dutch team made the turnaround in the third and won it 29-27, the match went to another direction. The big problem was a very clever change in the Dutch team when Celeste Plak played as the opposite. That change confused Serbia especially because she played very good.

In the fifth set, Netherlands led four points 9-5 and 14-12 when Serbia came to the equalization. Teams played for each ball but Anne Elise Buijs finished set with 20-18. In that period of the games, Dutch team put several blocks on Tijana Bošković who was the top scorer of the match with 35 points (4 bl). Milena Rašić followed her with 9 points (2 bl, 4 ac). On the winning side, Yvon Belien was unstoppable, she scored 17 points (6 bl) while Maret Balkestein – Grothues finished with 14 points and Celeste Plak 12 points.

Now, both teams have the same number 9-3 but Serbia (28) have two points more than Netherlands (26). The next week will decide which four teams besides USA, will join China at the Final Round.

Poland scored their fourth consecutive victory but the sixth in total in VNL and now they are in the 9th place. They were good in tonight’s match against Belgium who took the third set. This was the 9th defeat of Yellow Tigers in the competition.

VNL M: Top 3 teams to avoid each other in Week 3, big rivals Brazil and Russia colliding in Ufa