VNL M: Brazil and Serbia button up their F6 berths, Poland and Italy aim for the ultimate spot

Brazil and Serbia became the fourth and fifth side to pack their things for the Final Six of the 2018 FIVB Men’s Volleyball Nations League. 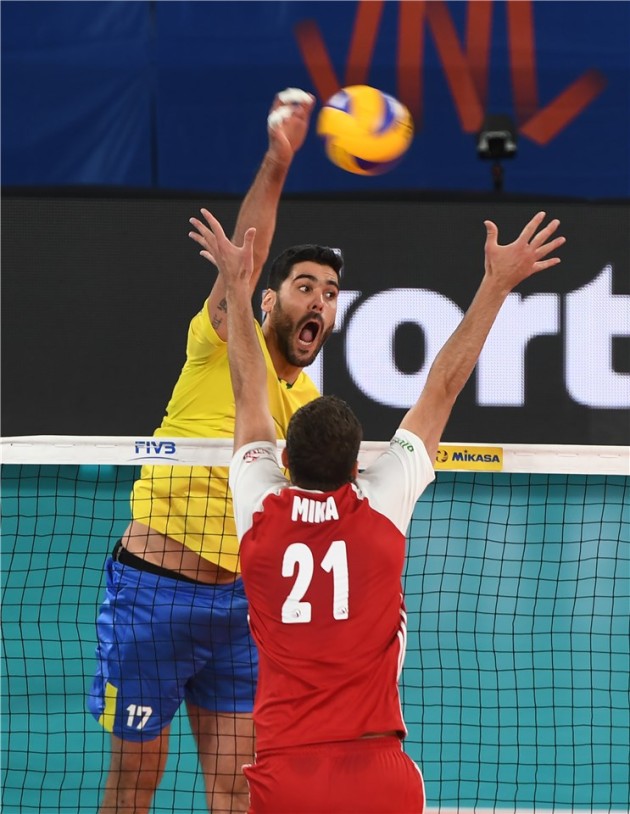 France as hosts and Russia and the United States by winning three and one points, respectively, in Round 1 one of the last Week 5 have put their names on the Final Six schedule in Lille (July 4 – July 8). Brazil and Serbia did the same in Round 2 by scoring three-point worth wins.

Brazil beat current world champions Poland in Pool 17 in Melbourne, Australia, by a 3-1 (25-22, 25-23, 23-25, 25-23) with a key contribution of a backup opposite Evandro Guerra. He stepped in to replace Brazil’s best scorer so far in the tournament Wallace de Souza in the second set when his team had a five-point deficit (10-5). From that moment on, Evandro delivered game-high 19 points and pushed „Seleçao“ to the Final Six with a 10-4 record and 30 points (No.4).

Maciej Muzaj scored 18 points for Poland who still have strong chances to progress to the final tournament as they need to seize only one more point in the last round against pool hosts Australia. At the moment, Poland hold the last Final Six ticket (No.6, 9-5, 26 points) but in case Italy win both of their remained games, they will go to Lille and the world champions will stay out. 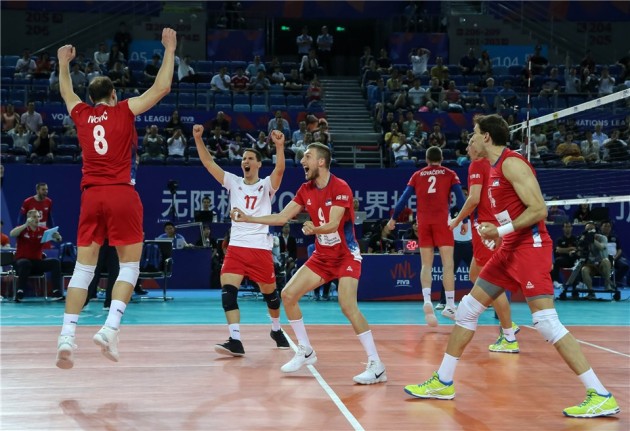 The second set was a piece of volleyball art! It lasted for 41 minutes which was six minutes less than the longest set in the tournament so far. Japan missed five opportunities to wrap up the set, while Serbia converted only their seventh set ball. 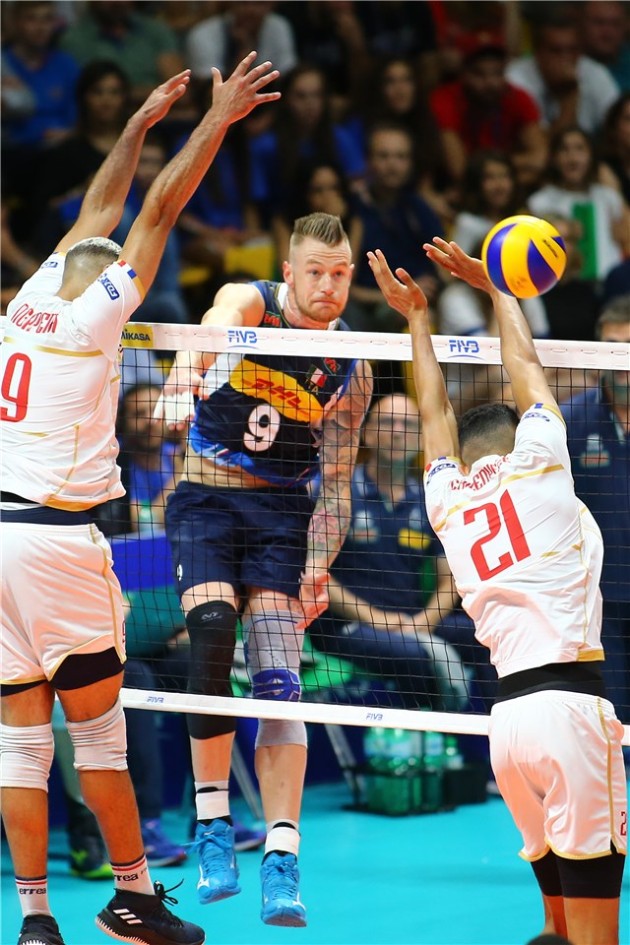 Italy remained in contention for the Final Six but now hope for Poland’s failure in the last round against Australia. The „Azzurri“ broke a seven-game winning streak of France and thrilled the home crowd in Modena with a straight-set win in Pool 20, partially 25-21, 25-22, 27-25.

Italy head coach Gianlorenzo Blengini was forced to replace Gabriele Maruotti at the very beginning of the match. He was unable to give his best as he suffered an injury during warm up. Filippo Lanza came instead of Maruotti. France head coach Laurent Tillie decided to pull Earvin Ngapeth and Stéphen Boyer back on the bench when his side was two sets down which was a move that definitely opened the way for Italy towards the win.

BRA W: Another player moved to Osasco from Dentil/Praia