Baptiste Geiler speaks of Arago de Sete's game against Tours Volley Ball. The 13th round of Ligue AM will be played on Saturday. For more latest volleyball news visit worldofvolley.com 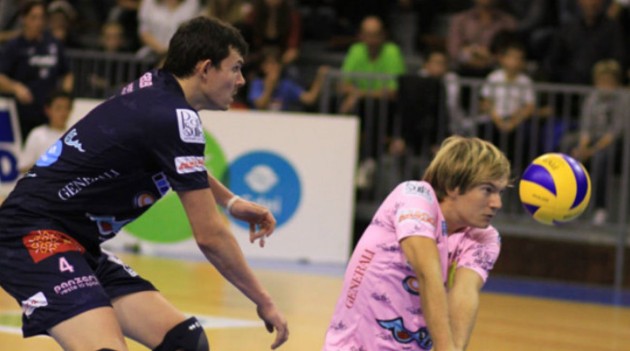 – Arago recently had two defeats in a row in the league. How do you explain this sudden slack before the holiday season?

– We had matches every three days since the beginning of the season. We lost the last three games, first in the Champions League and two in the championship against Cannes and Chaumont. It is not very serious. What is annoying is that it was the last two home games when we were undefeated at home so far.

– What was wrong against Chaumont?

– We were tired physically and nervous. In front, they played well, they played a good game. Us, we were not at the top.

– Is moral low before a match against Tours?

– No, not at all. It is nine wins in twelve matches, with only three defeats.

– How will you face the leader?

– Tours showed that they are not untouchable and that they have some flaws to exploit.

– Of course. But we must not forget that they were in the same situation as us with the European Cup. They were tired even if it does not excuse everything. Overall, they have a good team.

– Personally, how did you start your season?

– I’m pretty happy with my season. I am also the second best scorer I think.

– Agree. This is perfect in this case (laughs). But I still work, including on reception and block. When I play one on one, I can read the game well.

– Will you try for the championship?

– Yes, we will do everything to it even if there are still some great teams around. We feel that this year, with the group that we have, we can do something.