As part of an end-of-year review series, the FIVB takes a look back at the FIVB Volleyball Club World Championships in 2012 where Trentino and Sollys Osasco were victorious. Read the latest news from volleyball world on worldofvolley.com. 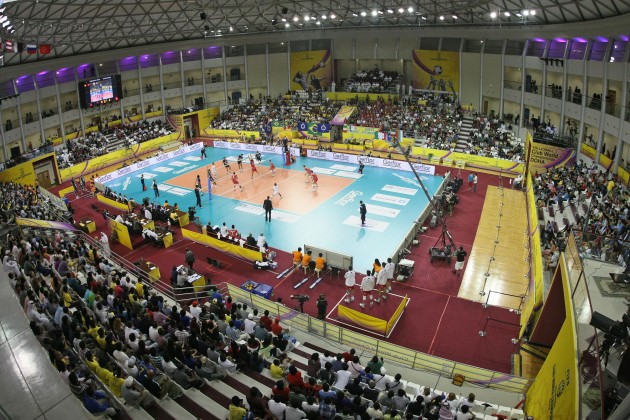 They say there’s no such thing as a safe bet, but backing Italian club Trentino to win the FIVB World Club Championship is about as safe as you can get. Trentino took the title for the fourth year running in Doha in October, overcoming Brazil’s Sada Cruizeiro 3-0 in the final.

Perhaps backing them not to win the Championship would have been the wiser move. Trentino failed to defend their Italian League title in 2012 and weren’t in the best of form coming into the Club World Championship, but once again – even as a wild card – they found the reserves necessary to become champions of the world.

“The truth is that I was not expecting to win it again,” he said. “The Most Valuable Player award is really something stimulating but the credit goes to the whole squad.”

After taking a silver and bronze in the previous editions of the women’s event, Solly’s Nestle Osasco finally made it to the top for their first World crown, following a dominating 3-0 win over defending champions Rabita Baku of Azerbaijan in the final.

Solly’s dropped just one set in the tournament, to Rabita in the Preliminary Round. Captain Jaqueline Carvalho described her team’s performance as “almost perfect.”

There was added interest in the tournament with the introduction of a video review system, similar to those employed in tennis. Sada Cruizeiro was the first team to make a challenge – on a spike by Fernanda Rodrigues. They were overruled, but Sada coach Luizomar de Moura was not unhappy.

“I knew the spike of Fernanda was out of bounds, but I wanted to take the chance and, of course, also make my way into history,” he said afterwards, adding, “I think this is going to be good for volleyball.”

More of the same next year, although the dates will change from the customary October period to May 12-19.