Two games, two victories. The Bulgarian team will be back home, on Monday, with a big smile on her face. Two days after beating France in five sets in Montbeliard, Bulgaria repeat a success in Metz. This and other volleyball news read on Worldofvolley.com. 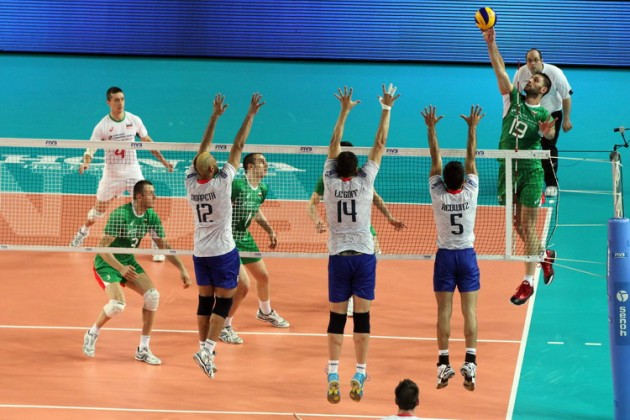 On Friday night, the French players finished the game while carrying a huge frustration. “We have been too nervous, so we did too many mistakes”, said Benjamin Toniutti, French captain. They wanted a revenge. But they couldn’t get it.

On Sunday, Bulgaria was just too strong for France. Too strong on offense. And, more surprising, too strong in reception. Julien Lyneel, the best scorer on french side in the first game, said a few minutes after the last point, “Again, we did too much errors. But, anyway, Bulgarian have been better than us tonight.”

The result on the scoreboard looked clean 3 sets to 0, 82 points for Bulgaria, 73 for France. But for the first two sets, the game was a lot more uncertain. In the first set, France had an opportunity to take the lead (24/23), but failed. In the second set, “les Bleus” got 5 set balls, all lost. Bulgaria needed only one. Benjamin Toniutti suggested: “We couldn’t simply finish the job in the money time. They did it.“

For France, this second defeat in a row compromise their chance to finish at the top of the group. Laurent Tillie, French head coach, said it : “With a group made of Brazil, USA, Poland, Argentina and Bulgaria, we knew it would be tough. So, we’ll fight. My team need to learn. But I’m not as disappointed as I was after the first game, because my players did a lot better game tonight.”

France will travel to Tulsa, Oklahoma, on Tuesday to face the US team next weekend. Bulgaria will have some rest, before hosting Argentina on June 22 and 23 in Sofia.