Guadeloupe cruised past St. Kitts & Nevis 3-0 (25-17, 25-16, 25-15) to conclude the preliminary round of the NORCECA Second-Round Group L qualifying event to the 2014 FIVB Women’s World Championship in Italy. Read latest volleyball news on Worldofvolley.com. 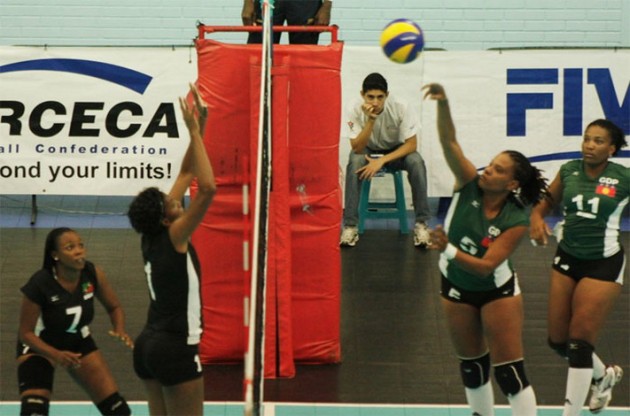 The NORCECA 33rd ranked Guadeloupe finished with a 2-1 win-loss record and booked their ticket to next year’s third-round of tournaments. They will face host Guatemala, currently ranked 14, in the final match on Sunday night.

Guadeloupe’s offensive line was led by Meliza Bernard Fayolle with 13 points, including 6 blocks. Isabelle Acina and Beatrice Cyrilla chipped in with 13 and 11 points respectively.

Isabelle Acina, captain for the winners indicted: “St. Kitts played hard in the beginning but we focused on our game. It’s wonderful for Guadeloupe to qualify to the next round.”

For Antoinette Henry the result wasn’t as expected: “We could have done better, we slowed down because of our mistakes. We still have to fight hard for the third position in this tournament”.

“As the match developed the team gained confidence because after last nights’ loss they were afraid of failing” said Jean-Louis Delag, Coach of Guadeloupe. He expressed his satisfaction to advance to the next round as this is their first time ever to compete in a world championship qualification. “St. Kitts played good and good things will come from the good job their doing” he added.

Steadroy Collins admitted: “We’re not perfect and mistakes were done, the team has been working hard and we’re building up to be more successful”.

ECQ M: Turkey is the last team in the Eurovolley 2013 lineup