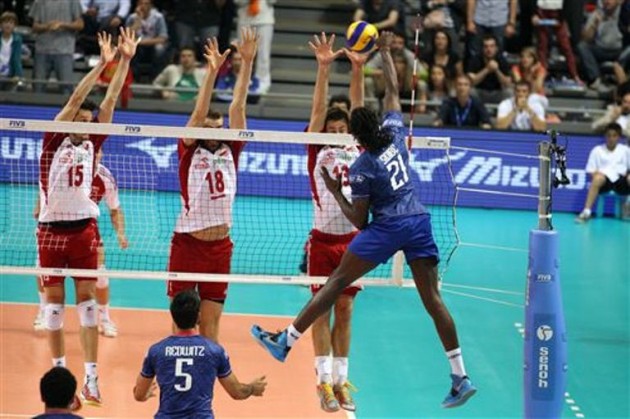 France and Poland afforded another thriller

Winner in five sets Friday night in Rouen, France needed 2 hours and 28 minutes to beat Poland in a tie-break.

Poland was nervous. They tried to play the way they like, using a solid serve, offense and block to knock France down.

But the Polish had to fight a French team that was patient and well organized on defense.

With no victories after their four first matches, against Bulgaria and USA, the French looked close to giving up. The young wing-spiker Earvin Ngapeth, like his team, had a bad start in this World League.

But he used the two matches against Poland to recover and to get back to playing his style of volleyball. Ngapeth was the best scorer twice, including 26 points on Saturday.

On the Polish side, Zbigniew Bartman finished the game as best scorer with  23 points (for 61 attacks).

France will need some rest before traveling to Brazil. They will play two games in two days, on June 28 and 29.

FRENCH CUP: Quarterfinals in both category on...