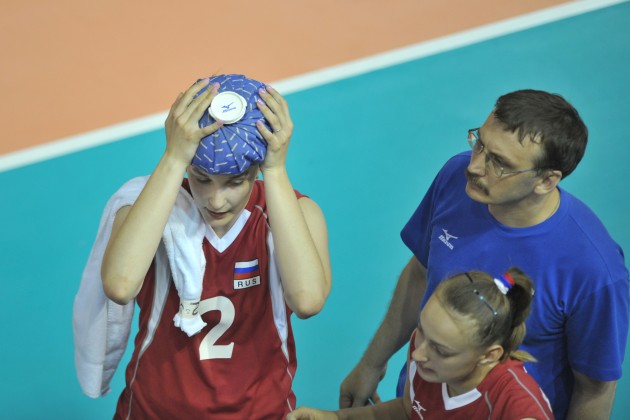 Russia powerhouse had 10 blocks and 4 ace serves, against 14 and 7 of Bulgaria, but Bulgaria were merely defeated by themselves as they made 30 errors.

Two sets down, Bulgaria reduced their errors in the third set to come closer. However, the tall Russian athletes proved their mental supremacy at the end of the fourth set. Even though Bulgaria fought hard to push Russia to their limits, Russia pulled clear. Led by Ilchenko (7 points in the last set) and omnipresent libera Ekaterina Voronova, Russia ended the duel 3-1 in their favour.

Russia coach Svetlana Safronova: During two sets, my team showed high-level volleyball. Then my players were afraid of winning and started committing too many mistakes. Bulgaria were a strong opponent, had good defence and improved gradually during the match.

Bulgaria coach Dimo Tonev:  I think we can play at the same level as Russia. It would have been interesting to see what happened in the fifth set.

WCHJ W: Dominican get the top of Pool A overcoming Peru