Igor Kolaković is new head coach of AS Cannes! He will succeed Christophe Meneau at that position. 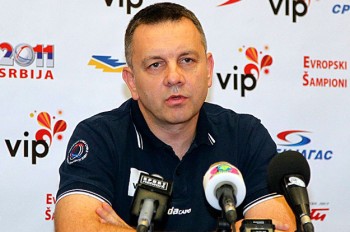 Kolaković is back at the club volleyball scene after a season long pause. Coach of Serbian national team had last club job in ACH Volley in 2011/2012 season when he won the Slovenian championship.

Kolaković will officially take over new team in ten days when all the paperwork is done within the French National League. Christophe Meneau accepted to lead the team in two next games, and is asked to stay in the AS Cannes afterwards and take some other position in the club.