Ivan Castellani left Montpellier unhappy with the coaching staff. He wasn't getting much chances and his first club in Europe will not be remembered by good. 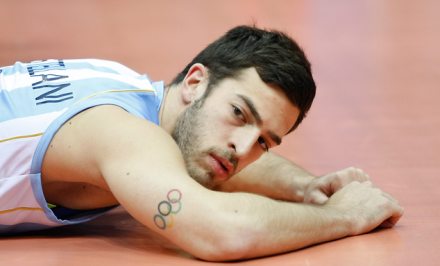 After a negotiated exit in November that now is formalized, the Argentinian player is recovering from his injury in Istanbul, Turkey, where his father Daniel head coaches Fenerbahce. Castellani expects to find a new team to start next year when European trade market opens. Ivan said to Volleystars: ” I’m working a lot and very well, i’ll be in my best shape and ready to return in early January.”

In the French club, Castellani couldn´t show his game and scoring: he only made 9 points on 3 matches. He was only in the lineup on his first appearance in the 3-1 defeat to Paris. His now former team is seventh in the league´s standings with 21 points (8 wins and 5 losses).

Of the nine games played by Montpellier while Castellani was there, he wasn´t considered in 4 and was among the substitutes in 2 other games, but didn´t enter to the court. His last appearance was on November the 2nd in Montpellier´s defeat as visitor with Ajaccio 3-1, he only entered in the first and fourth set and scored 2 points.