PARIS Volley is preparing to welcome Tomis CONSTANTA for a semifinal clash in the 2014 CEV Volleyball Cup - Men. 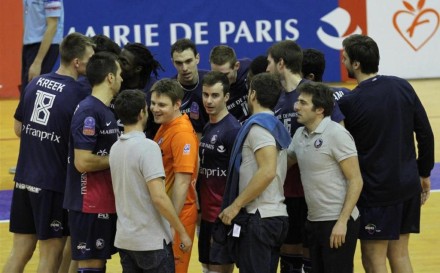 With the first match of this two-legged encounter taking place in the French capital tomorrow evening, both sides are hoping to achieve a substantial advantage before Sunday’s return game on the Romanian Black Sea coast.

PARIS Volley dominated over Germany’s TV Ingersoll BÜHL with two victories in the Challenge Round of the competition to earn its ticket to the semifinals of the second strongest tournament of the CEV European Cups.  Coach Dorian Rougeyron’s players have recently won their semifinal in the French national cup tournament and are eager to achieve the same on a continental level.

The Romanians also defeated their Challenge Round opponent, Turkey’s Maliye Milli Piyango ANKARA, twice and are just as eager to play well against PARIS in order to reach their first European final ever.