It is a huge step for Volero. They managed to beat RC Cannes after five sets of great battle! 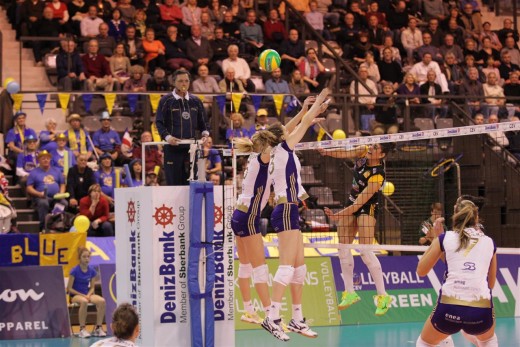 Home team was the team who took the lead. Racing Club de Cannes had 16-10 lead but away side made 6-1 run and was close to tie the score 17-16! The head coach of French team had to react and after his advices on Time out, his team scored three straight points, and it was enough for winning the opening set. Rava close the first chapter with a strong spike 25-21.

We don’t need to describe performance of Volero in the second set. Actually, we will use just one word – “hurricane”! They simply smashed the rival, allowing them to take only 9 points!

In the third set home team had an answer. They played much better than in previous set and deserved to take the lead again 2-1!

Dragutin Baltić’s side again gave its maximum to tie the score. They managed to take the fourth set by 25-17. It was time for tie-break.

Home side desperately wanted to win the fifth set but they ran out of gas! The team from Switzerland won this game and made a huge step to Playoff 6!