In a fully packed "Robert Grenon" hall, Tours have made a miracle in front of more than 3,000 fans! The French team has won the trophy of the CEV Cup against mighty Trentino! 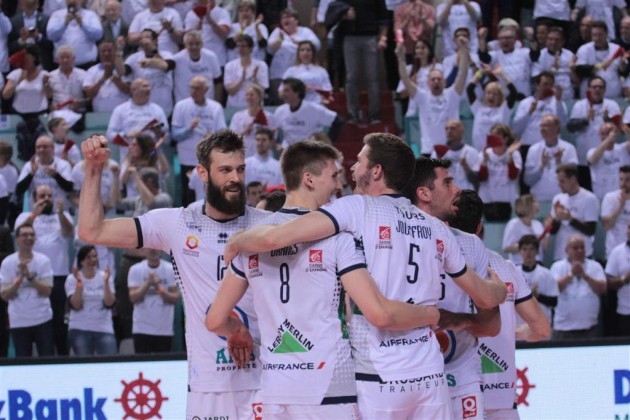 Tours have managed to force golden set after sensational performance in a second leg game against the Italian side. Trentino couldn’t do anything but to surrender after four-set match 3-1 (31-29, 22-25, 25-22, 25-23).

In the golden set, Tours had 11-7 lead but Lorenzetti’s side have reduced the lead of the rival, tying a game to 12:12. This result didn’t affect the players of the home team as they continued playing in the same way they have played the whole game.

The top scorer of the game was David Konecny with 27 points, while Jan Stokr and Filippo Lanza had 17 each on the other side.

This is the first trophy in European competitions of Tours since 2005, when they managed to take the CEV Champions League gold medal.

It was the third consecutive final for Trentino in the European competitions, but unfortunately for their fans, they didn’t manage to win it.

We are going to miss them: One handed set of Hierrezuelo, hammering spike by Hernandez (VIDEO)

This happens when you have fans like we have!!! Allez Tours!!!