Dinamo Kazan are the winners of the CEV Cup 2017 for women. 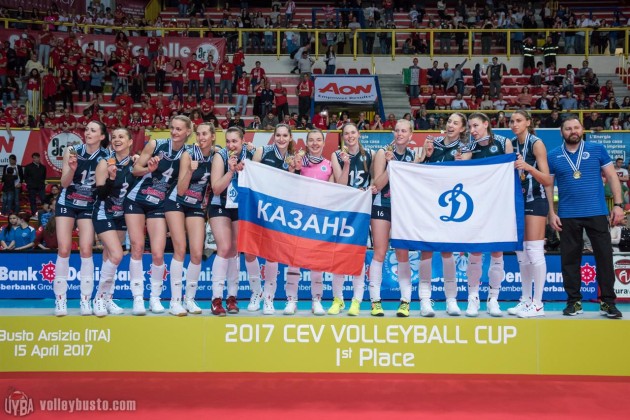 Russian girls ended finals series with two wins and deservedly lifted the second European trophy – first in CEV Cup. Dinamo had previously stood on top of the podium of the elite CEV Volleyball Champions League in 2014.

Valentina Diouf scored 22 points for Busto while Irina Voronkova was the top scorer in Dinamo with 19 points.

Elitsa Vasileva, player of Dinamo KAZAN: “It was a very difficult game similar to the match we played in Kazan a few days ago. We started very slowly, however we were able to react and win. I am very happy for my team.”

Valentina Diouf  received the award for the MVP of the finals.

CEV reveals name of one co-host of Men’s...

CEV unveils schedule for next EuroVolleys