FRA W: FINALLY! Mulhouse broke the curse and became the champion of France!

After 8 defeats in the French Championship Finals, Mulhouse have finally won the national title! 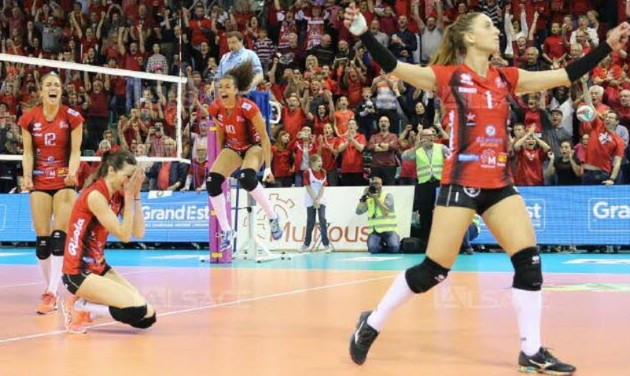 People were talking that this team is cursed to finish the season at the 2nd place. After all, Mulhouse have reached the Playoffs Finals 8 times in their history and every single time they were defeated!

But, their luck simply had to change one day.

This year, Mulhouse reached the Finals once again, it was their 9th attempt to win the title and this time they did it! In the 2016/17 French Championship Finals, Mulhouse defeated Le Cannet in a thrilling tie-breaker and claimed the national title for the first time in club’s history.

FRA M: The best team have won the trophy! Historic night for Chaumont!

Great match ! Both teams fought really hard and played really well: Maeva Orle (Mulhouse) and Alexandra Lazic (Le Cannet) stood out while Santana (Mulhouse) and Ivna (Le Cannet) had ups and downs. At one point in the 4th set, Le Cannet thought they had won the match and even started to celebrate but Mulhouse’s coach called a video challenge for net violation which turned out to be true.