FRA M: The best team have won the trophy! Historic night for Chaumont! 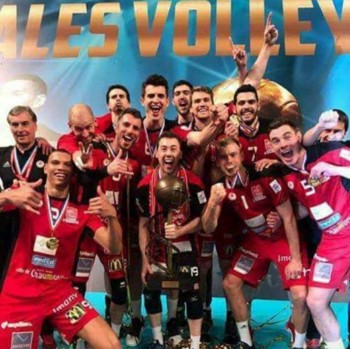 This is definitely the best possible ending of a terrific season Chaumont Volley-Ball 52 have had. Recall that they had previously reached the Finals of the 2016/17 CEV Challenge Cup, which was also a huge success for this club.

They did not win the European trophy, but they did win the national title this weekend. Chaumont Volley-Ball 52 fans will always remeber the 6th of May, 2017 as the day their club became the champion of France.

FRA W: FINALLY! Mulhouse broke the curse and became the champion of France!

RUS M: Another Russian giant is trying to sign Grozer!

Toulouse had a lot of trouble getting into the game yesterday. Their opposite hitter Van Den Dries and wing spiker Louati did not perform as well as in previous matches and there were too many errors from the service line. Chaumont’s block and defense were really impressive.

What happens when you hire Heynen? Ten...