Title contenders Paris Volley suffered a shocking defeat to the ninth-placed Nice Volley Ball in Round 17 of the 2017/18 French men’s volleyball championship Ligue A. 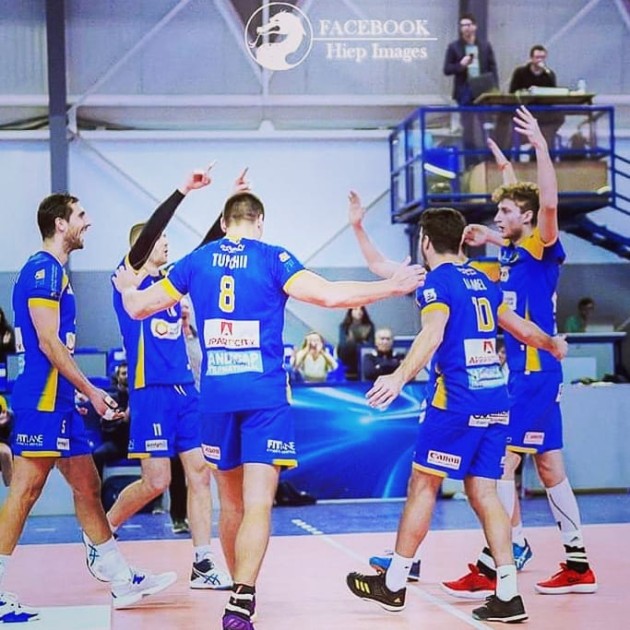 Thanks to great serving display (11 aces by a team), the underdogs Nice stunned Ligue A title favorites Paris at home by beating them in four sets, partially 25-22, 14-25, 25-16, 26-24. The Ukrainian opposite Vasyl Tupchii highlighted the winners, who remained out of the playoff zone, with 21 points (4 aces), while the Dutch Wouter ter Maat delivered 22 points for Paris. The team from the French capital committed as much as 13 errors more than the rivals (37-24).

The reigning champions Chaumont Volley-Ball 52 Haute-Marne barely avoided the fate of Paris as they came back from 1-2 in sets against the second-to-last Rennes Volley. Stéphen Boyer topped Chaumont with 20 points, while Canadian Daniel Jansen Vandoorn made 71% attack (5/7, 6 points). The Czech veteran outside hitter Kamil Baránek scored 25 points for Rennes.

FRA W: RC Cannes as in old days on the top

UKR M: Lokomotyv return to the top as they prevail in big match against Vinnytsia