FRA M: Tours secure No.1 for playoff in last round, Toulouse say goodbye to top division

Tours Volley-Ball defended No.1 for the 2017/18 French men’s volleyball championship Ligue A playoffs. 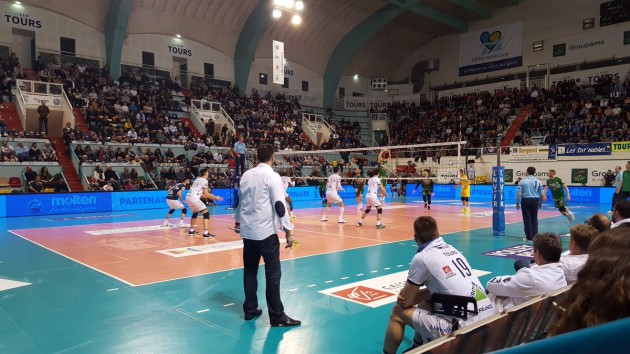 Tours Volley-Ball will compete in the 2017/18 Ligue A playoff quarterfinals as the top-seed since they defeated Tourcoing Volley-Ball in the last round of the regular season by a 3-1 (20-25, 25-23, 25-18, 25-22). At the same time, they pushed Tourcoing to the seventh place instead of the sixth, which they occupied before this round. The Latvian Hermans Egleskalns topped Tours with 15 points. Hubert Henno made 82% reception (11 digs). The Colombian Ronald Jiménez scored 13 points for the losing side, for which Marc Zopie recorded 80% attack (8/10).

Paris Volley finished the regular season as No.3 but will be banned from participating in it. The team from the country’s capital prevailed against Rennes Volley 35 by a 3-2 despite 90% reception from the two rival’s players – Emmanuel Ragondet (20 digs, 1 error) and Argentinean Sebastián Closter (20 digs, 1 error). The Dutchman Wouter ter Maat was the best scorer in Paris with 24 points.

In case the decision of Paris’ expulsion from the playoffs remains, No.9 Nice Volley will join the bracket as No.8, while teams who are currently placed from the fourth to the eighth place in the standings will move up by one spot each.

As for Nice, they were led by Ukrainian Vasyl Tupchii (26 points) and Slovenian Danijel Koncilja (91% attack, 10/11) but lost to Spacer’s Toulouse, who will be relegated to Division 2 (Ligue B) as the last-placed side in the championship.

Thanks to 22 points from an Argentinean José Luis González and 7 kill blocks from the Canadian Brett Dailey, GFC Ajaccio Volley-Ball beat Stade Poitevin Volley Beach (Poitiers), in a direct duel for No.4, by a 3-1.

KOR W: Expressway one step near the title