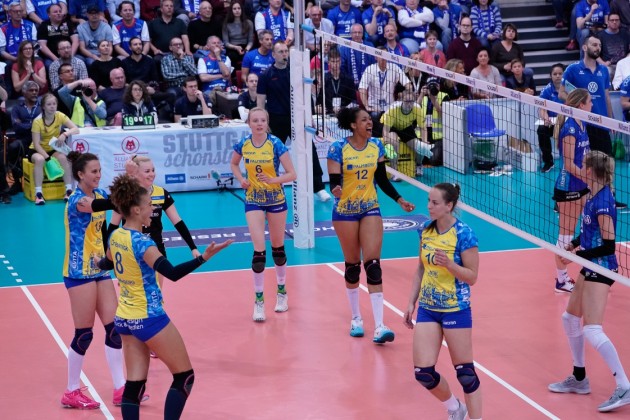 The players of the second seed Schwerin knew that there was a lot at stake as they were 2-1 behind in the series of the 2018/19 1. Bundesliga Frauen playoff finals against the top seed Stuttgart. The players coached by Felix Koslowski scored a straight-set win, partially 25-15, 25-18, 25-16, tying the series for the second time and preventing rivals to claim the title tonight.

Unfortunately for Stuttgart, their starting outside hitter Julia Schaefer got injured in the second set and was unable to continue the match.

The fifth and also a decisive game for the Bundesliga title will be played on Saturday, May 11.