Confronted with an apparently herculean task BERLIN Recycling Volleys are facing one of the club’s highlights of this year’s campaign this Wednesday as they take on no less than the Russian standout and 2012 defending champion Zenit KAZAN in the first round of the Playoffs of the 2013 CEV Volleyball Champions League. This and other volleyball news read on Worldofvolley.com. 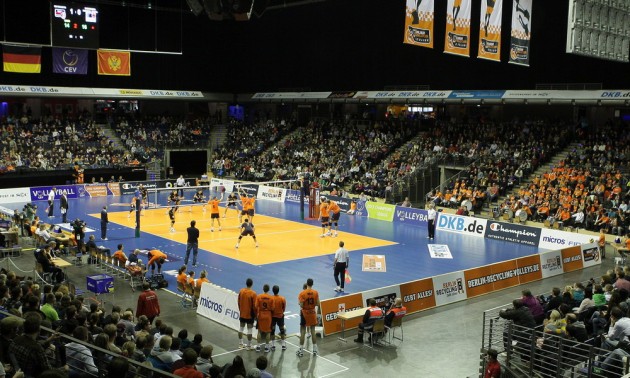 The pre-conditions of this clash between one of the great favorites of this Champions League campaign and the 2012 German national champion are clear-cut: ranked first in its Pool A, Zenit KAZAN dominated the league round, without losing a single set. Head coach Vladimir Alekno, London 2012 Olympic champion with the Russian national team, can fall back upon six Olympic gold medalists. The side of BERLIN advanced to the Playoffs 12 as one of the best five second-ranked teams of the prelims. Delighted and proud of being the only German club that have made it among the best twelve, the team of head coach Mark Lebedew looks forward to this extraordinary challenge of playing the 2012 winner of Europe’s most elitist club competition.

“This match is gonna be a highlight for, for sure. Our players are ambitious and can’t wait to compete against some of the best players of the world”, the Australian says, adding: “Zenit has incredibly good players, the individual strength of each member of the team roster is enormous. Valerio Vermiglio of Italy is one of the best setters of the last ten years and Maxim Mikhaylov the world’s best opposite, in my eyes. I could continue this enumeration of qualities for the entire team”, the Berlin mentor praises the Russian league leaders that have recently scored a 3-1 victory against Ural UFA.

Topping the German standings, BERLIN, who has scored a 3-1 win against MOERSER SC on Sunday, however, is not willing to make it easy for Zenit. “Playing a team such as KAZAN is something BERLIN does not experience that often. The spectators will get to see high-class Volleyball on Wednesday. But every team has its weaknesses and if everything in our play turns out as it is supposed to, we will be able to give them a hard time – not least because of our fabulous crowd”, Mark Lebedew says pinning his hopes on the enthusiastic spectators at Max-Schmeling-Halle.