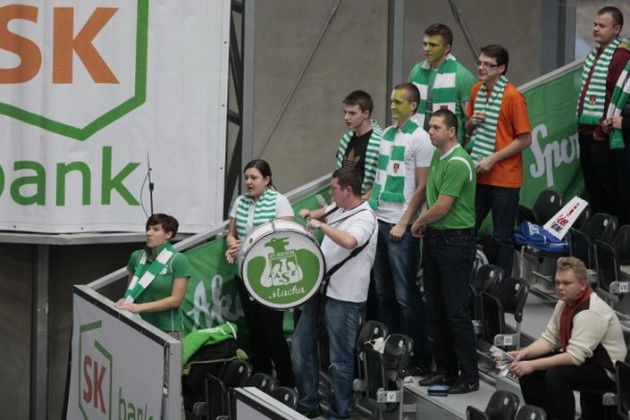 One set won by AZS Metal-Fach Bialystok is a big surprise. But this does not change the most important fact, Miroslaw Zawieracz team has fulfilled the task of taking away the points from Bialystok.

For two sets fans have not experienced any emotion. The only times when AZS Metal-Fach Bialystok lead, was at the beginning of the match. They were 1-0 for the AZS Metal-Fach, then followed a series of points for PTPS Pila.

“We did not have any arguments. The play in the field should be our strength, and that you could not see” said AZS reciver Natalia Kurnikowska.

PTPS Pila earned their points after the match, however, there were no easy points. In the third set even they have 4-0 lead, at the end they lost set with 26:24.

“From the middle of the third set we have bad game. Girls too quickly believed that the game is won” said Zawieracz.