VfB FRIEDRICHSHAFEN played against evivo Düren and won the match 3:0 (25:19, 25:19, 25:17) in the last round of the German Championship. Read more about latest volleyball news, games reports, and statistics on WorldofVolley. 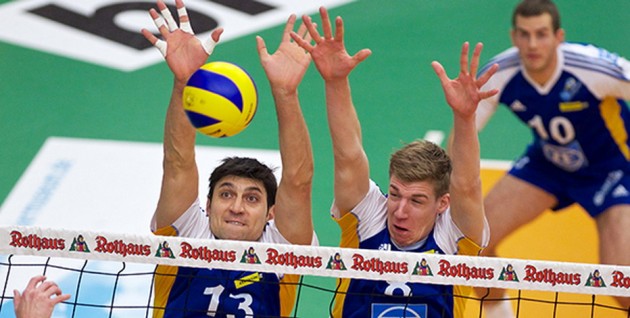 From the start VfB FRIEDRICHSHAFEN played well and did not give the home team a chance to get back in the game. The match was played in front of 200 spectators.

After the match FRIEDRICHSHAFEN coach Stelian Moculescu said “That was a very good collective performance. The team solved the problems which appeared on the field and have clear victory”.

Jochen Schops – “We have good start in the competition”

GER M: Friedrichshafen got to an easy...