VC Wiesbaden will try to achieve the biggest success in club's history by defeating Schweriner SC in the German Cup final tomorrow. Teun Buijs' team is a favorite, but Andreal Vollmer hopes his team could surprise them. WorldofVolley brings you the latest volleyball news. 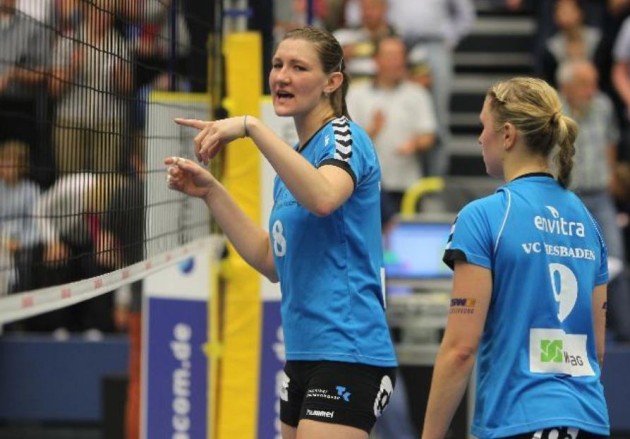 Vollmer has many reasons to give the favorite role to Schweriner: SCC is the defending champion, leads the table in the Bundesliga confidently with 40:2 points. Teun Buijs‘s team played successfully in this round of the Champions League, narrowly missing the jump into the top six. “They have experience of 530 international matches, we do not have even 200” Vollmer said.

“The important thing is that the coach has a match plan – and I have.” Ksenija Ivanovic isn’t injured anymore, middle blocker Julia Osterloh has recovered from her cold. “But no matter who is on the field, everyone must be brave. Everyone has to be cunning. Everyone needs to strike without hesitation. And no one can get angry.“

They lost 0-3 against the SSC past weekend in the league but it is no longer a subject. Vollmer promises a very different appearance of his team. “Last week we tried a lot. Now we will be more serious. In the cup game it is 0:0 again and we will fight to the last point.“

“If we win I will do something crazy” announced Vollmer. “Maybe I’ll shave off my hair.“

BRA W: Jaqueline got a present after Minas game