Praia Clube defeated SESI SP 3:0 (26:24, 25:20, 25:22) and took the quarterfinal series to the third game. The decisive match will take place on Monday. Juliana was the best player. Talmo de Oliveira and Juliana commented the game. 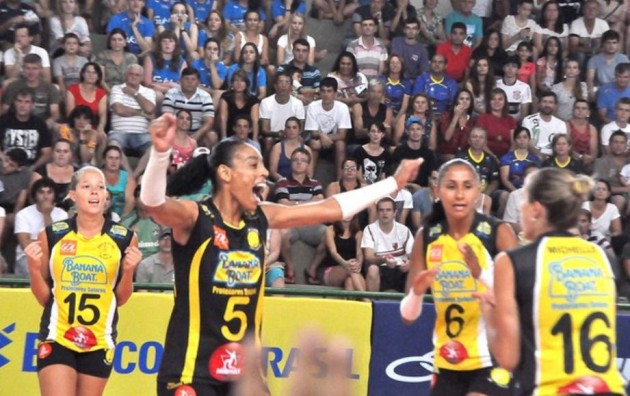 “We were very confident. We played a good game in Sao Paulo and we could not win. We have the potential to win the showdown and win a place in the semifinal. We will go with even more confidence to the next game” Juliana said.

Sesi-SP coach, Talmo de Oliveira, said that their opponent took control of the game, and that for the next game, the team will have to reorganize.

“Praia Clube dominated the match all the time, we had many difficulties. We did not seize our opportunities. We knew it would be a very difficult game. Now we must put our heads in place and organize for the next game” Talmo said.