Thrilling start of the German Cup final – Schweriner SC prevailed over Dresdner SC 3:1. Schweriner’s captain Denise Hanke was quite out of breath when she was interviewed shortly after the game. "It's always tough against DRESDNER, and today it was closer than the result looks like.“ 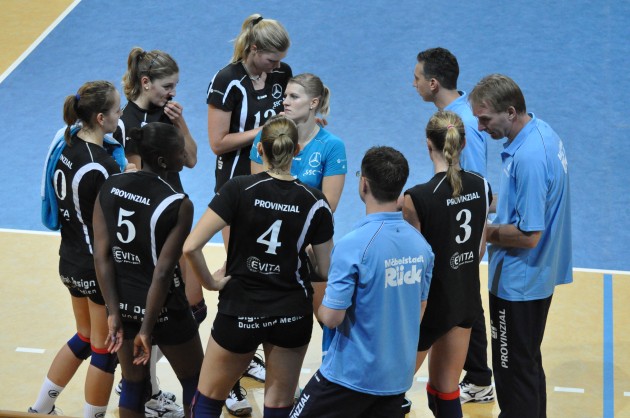 1771 euphoric fans had made SCHWERINER’s victory complete. After a strong first set Schweriner lost the thread. DRESDNER was better in attack, won the second set, and was the better rival in the beginning of the third one. But Schweriner got the focus back and claimed the remaining two sets.

“Our serves were hard for DRESDNER today“, said coach Teun Buijs. His colleague Alexander Waibl analyzed: “In important phases we made unfortunate mistakes. We had two or three of them too much which SCHWERINER players took advantage of.“