Double win for Germany tonight. After Berlin RV, VFB Friedrichshafen got themselves a very convincing win by straight sets over Galatasaray. 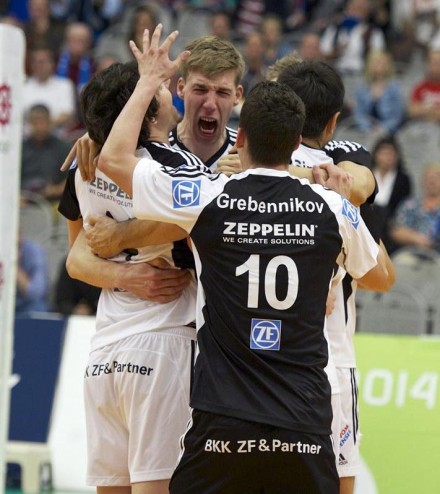 Coach Moculescu can finaly be fully satisfied with his team’s performance. Germans dominated poor Galatasaray during the entire match. Except at the begining of the second set, guests have never actually led. Friedrichshafen controled the game very well and was rewarded with easy win. Ventceslav Simeonov was the game’s top scorer with 17 points on a very high – 64% in attack.

Whole team was very dominant in attack with 63% of team success in offence. Bratoev added 14 points, while on Turkish team Ahmed Salah had 15.

TUR W: Favorites showed up strong in fourth round

Challenge Cup M: Without surprises in second round