The German champions VfB Friedrichshafen won the final game for the German Cup in the fully packed Gerry Weber Stadium in Halle/Westfalen. In front of 10 200 spectators the most successful German team outclassed their main rivals in the league Generali Unterhaching by 3-0 (25-23, 25-20, 25-20). 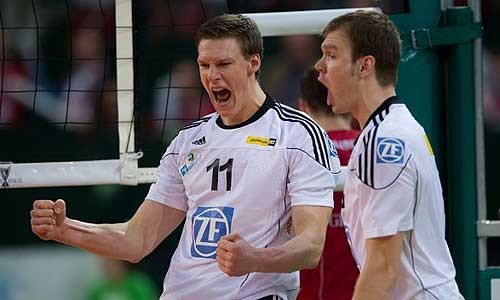 The guys from the Bodensee enjoyed a better start in the final and led at the second technical time-out by a four-point margin.

However, Unterhaching managed to come back into the opening set and kept the intrigue till the every last point won by Friedrichshafen. Both Haching’s captain Max Gunthor and libero Sebastian Pruessener commented after the match that if Haching had won the first set, they would have probably won the final as well.

In the next two sets there was only one team dictating the pace of the final. The team from Oberbayern didn’t find their rhythm throughout the game and lost in three sets. Friedrichshafen put on the table their strongest weapons – risky serve, good blocking and attacks, and it all paid out in the end. Led by the captain Marcus Boehme, who is actually one of the only two Germans in the roster of the new cup holder (the libero Thilo Spaeth being the second one), VfB took its first national cup since 2008 and eleventh overall, thus interrupting the dominance of Unterhaching in the last three years. 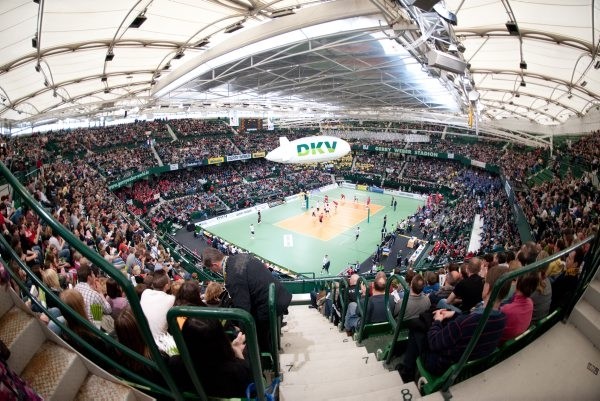 “In the first set we were a bit lucky,” stated the head coach of the winners Stelian Moculescu after the game, “but in the second and the third one we were clearly superior and fully deserved the victory“.

An interesting fact about this year’s Cup match is that it was the seventh consecutive final for Haching’s captain and German national team member Max Gunthor. He had previously won it five times -twice as a player of Friedrichshafen and thrice more with Unterhaching.

These two teams are the hot favourites to meet in the German Bundesliga final series as well. The Bavarians won the regular season and will have home advantage for the play-off phase. However, if there is something certain, it is that Friedrichshafen should never be underestimated. 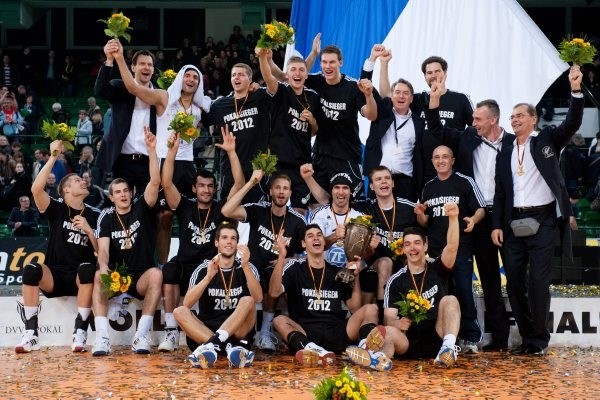 They recently got eliminated from ther European Club tournaments by Zenit Kazan, just a step away from the Champions League Final Four tournament in Poland. Now they will be fully focused on regaining the league title.

Generali Unterhaching, on the other side, will surely be eager to get revenge for the lost Cup final. Having followed their performance quite closely this year, I should say that Haching started the season perfectly, but injuries and a sudden drop of shape resulted in some weak games, like the one in Halle.

Moculescu threw the glove to his student Mihai Paduretu and the latter will have to come up with a way to get his team back to the form from the beginning of the season. Otherwise, the scenario of the last years in the Bundesliga might repeat again.

GRE M: All the results of Final – 8 for the Greek cup

GER M: Friedrichshafen one step to the...