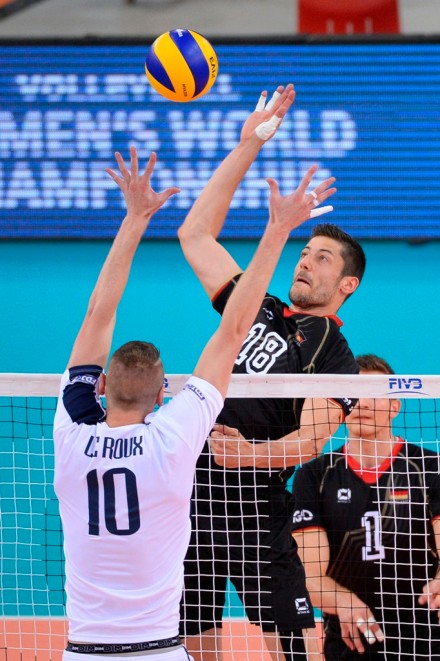 The Germans, who lost their two games against France last week in Stuttgart, struggled in the first set before showing their real strength.

The best scorer of the match was Christian Fromm with 20 points from Germany followed by Denis Kaliberda 16 and Michael Andrei 14. On the other side Mory Sidibe scored 15 points for France.

France captain Benjamin Toniutti: “The way we lost is disturbing. We had some issues with their floaters. At one point, five out of their six players were serving floaters. We struggled to serve and receive.“

Germany coach Vital Heynen: “I am very surprised. France did not play well today. We did not expect such a victory after the two defeats of last weekend. We had a young team on the court today but they played well.“

The two teams will meet again on Sunday in Toulouse.