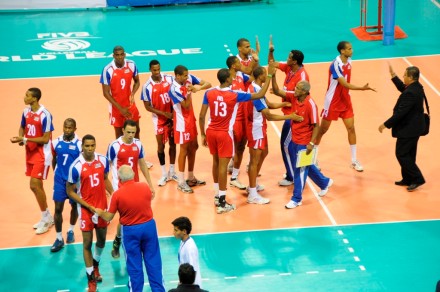 In the battle between the top two teams in Pool F, Cuba followed up their straight sets win over Mexico last weekend by repeating the result to move to 12 points with four wins from four matches.

With Turkey, who are already confirmed for the Finals as the hosts, sitting on seven points after claiming their second win from four games earlier in the day by beating winless Tunisia, Mexico – on five points – remain in contention for the coveted second placed spot.

With two matches left per team, the two winners of Pool F and G and the second best team overall between the two pools will join hosts Turkey in the Group 3 Finals on June 27.

England and Norway to fight for ticket...