The only Pool of the Intercontinental Round of the FIVB World League 2012 that has not started yet, is ready for its beginning tomorrow, May 25th in Frankfurt. Argentina will open the competition v Bulgaria in a match that promises excitement. 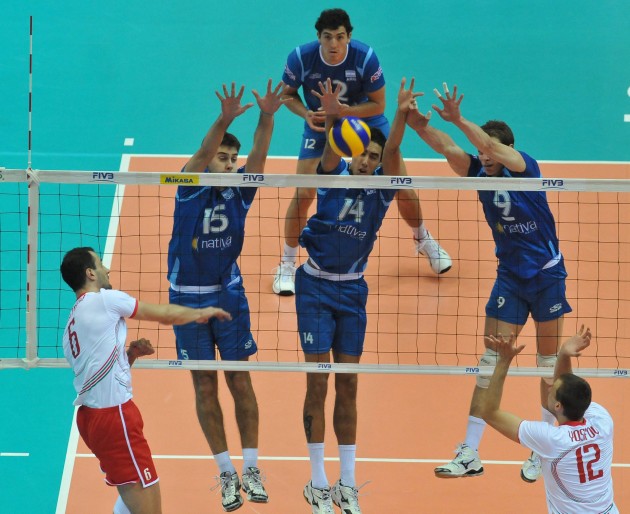 The last match between both teams, in the Final Round last year in Poland gave Argentina the first historical victory over Bulgaria in the FIVB World League. This year, Bulgaria is already as organizer at the Final 6 – next July in Sofia – but no doubt they want their chance of revenge.

After this match, as the new formula – similar to the Women’s FIVB Grand Prix, due to the 2012 London Olympic Games, the host team will face Portugal. On Saturday, Argentina faces Germany – with the light blue – white team looking forward to its first victory v the European team in any FIVB World League competition, closing its German participation on Sunday v Portugal at 7.00 on Sunday, and as all matches of the team coached by Javier Weber.

The venue will be the Fraport Arena in Frankfurt, new site for Argentina as the matches played in the year 2010 against Germany took place in Berlin at the Max-Schmelling-Halle.

The other three pools of the FIVB World League 2012 already started last weekend with half of the matches ending 3-2 (10 of 18) and therefore with the new scoring formula there is no ideal score for any team and the only not defeated team until now, Italy, leads pool C with 8 points. In Pool B, Poland stands first with 6 while Serbia in Pool A has also 6 points.