Germany gave the home fans something to cheer about in their opening match of the 2012 FIVB World League on Friday with a straight-sets (25-23, 25-15, 25-18) win over European rivals Portugal in Frankfurt. 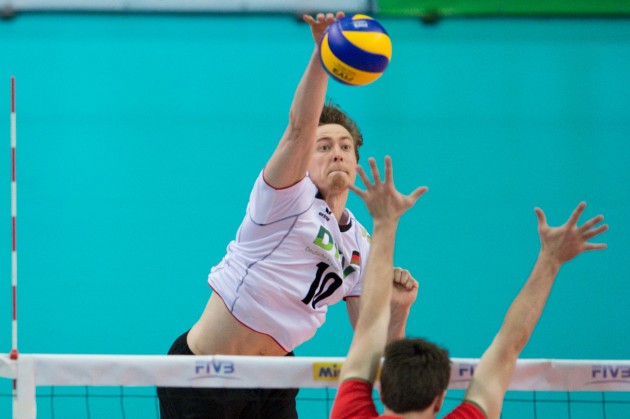 Robert Kromm topped the scores for the hosts with 15 points for Germany, while Alexandre Ferreira scored the same for Portugal.

Germany took an early lead in the first set with Jochen Schöps tallng six kills out of seven attacks. Portugal fought hard to try and draw level but their efforts were thwarted by the home side as they took the opener.

The second set started well for Germany although Portugal gained their first lead in the match at 3-2. However, the German team scored five points in a row and continued to move ahead, with two Robert Kromm aces progressing score. A couple of strong blocks eventually saw the hosts take the second 25-15.

The final set was dominated by long rallies intertwining good blocking and defence on both sides. Germany, however, was more successful and increased their lead ahead of the second technical time out at 16-11. The Portuguese did not give up and dug deep for a number of crucial points, but in the end they could not turn the set, losing 25-18.