Shortly before the start of the 2014/2015 season Germany’s champions DRESDNER SC announced the transfer of USA middle-blocker Cursty Jackson. 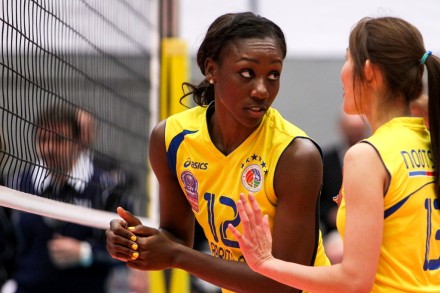 DRESDNER SC needed more players to rely on since their schedule will be very tight with two matches a week by combining the Bundesliga, the national cup and their participation in the 2015 CEV DenizBank Volleyball Champions League – Women.

The 186cm tall American player knows the city of Dresden and the Margon Arena very well for she played there last year with Rabita BAKU in the prelims of the 2014 CEV DenizBank Volleyball Champions League.

Jackson was initially due to spend another season in Azerbaijan playing for Igtisadchi BAKU but the team has withdrawn from the European Cups citing financial troubles.

“Beyond happy for this new adventure and new team, they already have been so nice, and did I mention I get to play with Molly Kreklow.  I have a really good feeling about this year!“

RUS M: “I feel good on the court” said Zaytsev