All is set in Berlin to organise the Men’s World Olympic Qualifications due to start at Max- Schmeling Hall in Germany on Friday. Four men's teams will battle it out for a place to the London 2012 Olympic Games from June 8 to 10 and the winners will book their place at the London Olympic Games. 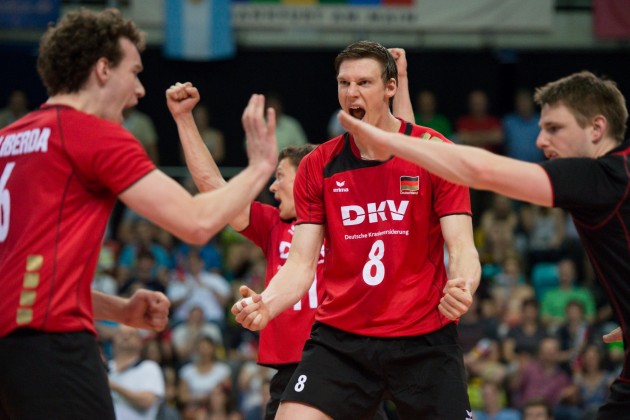 Hosts Germany, India, Czech Republic and Cuba will compete in the round robin tournament aiming at getting last chance to earn the Olympic dreams.

One day before the arrival of the teams on Wednesday, hosts Germany are in intense build up to the qualifications in Kienbaum as their head coach Vital Heynen chooses 13 players including setter Simon Tischer who plays for Wegiel in Poland after he lost the first weekend of the World League in Frankfurt due to finger injury.

Germany starts the competition against India on Friday June 8 before they battle against Cuba in what is called the early final of the competition on Saturday June 9. They conclude their matches against Czech Republic on Sunday June 10.

Organizers finished the first weekend of Intercontinental round of the World League on top of Pool D with two wins over Portugal and Argentina and one defeat against Bulgaria where the coach Heynen played with three different formations to make most of the formation ready for the Olympic qualifier.

Max- Schmeling Hall becomes ready to host the three days event after it hosted before two prestigious events; the finals of the 2002 Women’s World Championship and the 2003 Men’s European Nations Championship.

ITA M: Serie A1 and Zhukouski made official in town hall

Something for ladies – Friedrichshafen’s calendar (PHOTOS)