ITA M: Serie A1 and Zhukouski made official in town hall

The new adventure of CMC Robur Costa in the top division is started today with the press conference, held at the Municipal House, which has formalized the entitlement to the rights of A1 for Ravenna. 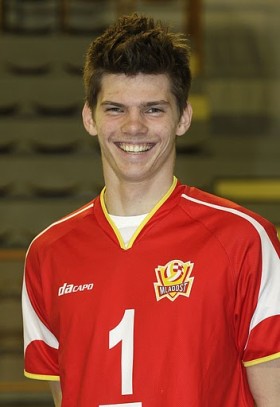 After the greeting of the owner, the mayor Fabrizio Matteucci, who underlined the goodness and passion of the staff of the company Robur Angelo Costa, it was up to President Luca Casadio to give the reasons which prompted the company to acquire sports rights offered for sale from Monza: “the city, with its passion and its participation, we were very pleased to have satisfied all the sports people from Ravenna. But it would not have been possible without the contribution of our sponsors, we have to thank you so much for making it possible for Ravenna men’s Volleyball team to play at A1. Now, with subscriptions and shares in a company, we will ask fans and enthusiasts to support this effort in practice. “

On behalf of CMC Mara Cavallari spoke , because of the absence of president Massimo Matteucci because of a family crisis, Robur Costa sends their deepest condolences, Anthony White head of External Relations spoke for Cassa di Risparmio.

Finally words came from coach Antonio Babini, that tomorrow the first purchase of his new team will happen, the setter of Croatian nationality Tsimafei Zhukouski: “One year ago I promised that we would always put it all on the field and partly the promise was kept, beyond what was the final result. Now I say that even if the team is under construction and there will be no relegation at the end of the next season of A1 at least two teams behind us are from Ravenna. Finally I want to thank Antonio Corvetta, who for two years was a true master and a landmark on and off the field. We wanted to keep him, but he made another choice and we must respect it”.